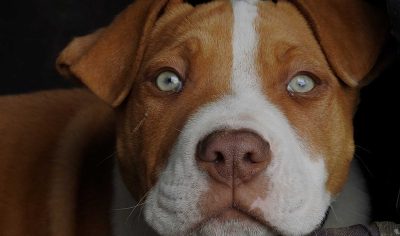 For such a cool dog breed, you need an awesome bully puppy name. That is why we invite you to explore our list of Pitbull dog names. After reading our compilation and naming guide, you will bring your puppy an excellent name that will make it stand out from the crowd.

American Pit Bull Terriers are strong, powerful, friendly and lovely. We have examined all the different traits of the breed’s personality and appearance! We then found names that really represent the essence and uniqueness of this breed. Therefore, everything you need to do is to read our guide. We have taken care of everything, so you do not have to worry!

Here are several options of pitbull dog names for you to choose from:

Most of these name ideas would also be perfect for a strong American Bully and other similar breeds.

At Breeding Business, we like to review mythology and ancient civilizations to find names, because they are exceptional sources. Since gods represent different things and values, they serve our purposes perfectly. Below, find our top choices along with specific tips.

Pitbulls are strong, many would say heroic. The name Hercules would be an exceptional choice, like the Roman hero and God. If your dog enjoys of exceptional musculature, then it will sport the name with even more pride, in benefit of you as well.

You can bet on it that a Pitbull would make an exceptional war or police dog, just like Cane Corsos. And the name Ares is an interesting pick. You would name it after the God of War, especially if you notice that its temperament is exceptionally protective in regards to your family.

Similarly, in case you want to highlight the power and strength of your dog over everything else, then you could name it Kratos, like the Greek God of Strength & Power. A name that imposes authority whenever you hear it. It will make a bold statement anytime and anywhere.

Nonetheless, this breed has a lovely temperament in fact, and if you have a female puppy that has proven to be especially loving and affectionate, then you could name it Aphrodite, after the Greek Goddess of Love & Beauty.

Did you like our previous name but is your puppy male? If it is your case, then you could name it Eros, from the Greek God of Love. As long as it shares the same temperament traits, it will sport the name perfectly.

Do you notice that your puppy is notoriously wiser than other dogs? Then, you could name it Bridget, after the Celtic Goddess of wisdom. If you have noticed that it is very receptive to training and that it processes it very well, then now you have an excellent choice in your hands.

Finally, is your dog as fast as thunder? If so, you could name it Nike, in honor of the Greek Goddess of Strength, Speed, and Victory. An excellent choice for an athletic and fast Pitbull-type dog.

We have so many films and TV shows bringing us plenty of excellent Pitbull puppy names. Below, you will find our best choices, accompanied by spot-on tips that will make your homework a lot easier.

If you have a female pup, then you could name it Khaleesi, like the character from Games of Thrones. Since she has a warrior spirit, and you feel that your pup has the same, then you could use it. This name is a perfect mix of beauty, courage, and braveness.

Do you have a funny Pitbull? If so, then you could name it Stitch, like the famous alien from Disney. This name is both fun and adorable, and we all know that despite looking like that, Stitch was very powerful and strong, just like your pet!

Do you prefer another fun name? If you are a fan of cartoons, then you definitively have watched Tom and Jerry, because our next suggestion is inspired by this show, and it is Spike. He was the dog of the show, and therefore, it makes sense to use this name for your pet.

Finally, if you have seen that the strength of your puppy breaks all the standards, then you should call it Hulk, like the green giant from Marvel comics. Furthermore, if your pet exhibits extraordinary musculature, then it will fit the name even better.

Names Inspired By the Temperament of Pitbulls

Even though we have already given you recommendations based on this factor, we will take it one notch further below, by giving you names that represent key traits from the temperament of this breed.

Because these dogs are fierce, you can call yours Valdeze, which means “the one who is fierce”. A characteristic sets them apart from the rest.

You may also know that Pitbulls are especially protective, and therefore, the name Xander is an excellent choice because it means “the one who protects the men” in Greek. Furthermore, it sounds exotic and makes a gorgeous name.

Furthermore, Pitbulls are also dominant, and therefore, the name Atticus is an excellent choice, because it means exactly that. From the moment you hear it, you can tell that it implies dominance, fairness, and thereby strength and power. A manly dog name!

Now you have a complete list of Pitbull dog names! And in addition, our incredible tips that will allow you to choose the most proper name for your pet. Since we have used traits like appearance and temperament, your job will be much easier and faster.

Our suggestion is to take the time to do it. Pick your top pup names, read our tips and if you need further help, do not be shy and reach out to us. We will help you!