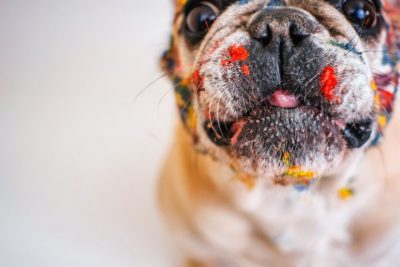 The best celebrity dog names for your little star. If you want to name your puppy after a famous celebrity, then you are in the right place and at the ideal time. This compilation will bring you the most varied number of suggestions, along with spot-on recommendations depending on the personality, breed, and appearance of your pet.

We can bet on it that you will be impressed with this list, because apart from considering the names of different celebrities, we have analyzed the names that they have chosen for their dogs, and truth be told, many of them are very creative and outstanding!

Here are several options of celebrity dog names for you to choose from:

If you are a fan of Poker Face and Alejandro, then you should name your puppy Asia, as Lady Gaga’s dog. If you are a top fan of the artist, then here you have a spot on recommendation.

If you are a fan of Sienna Miller, then you could name it Bess, like her dog. It’s a sweet and short name, ideal for any female pup.

You could also name it Daisy, in case you are a fan of Jessica Simpson. Another famous American singer.

If you are a fan of Ellen Degeneres, then you will be happy to know that she has a wonderful dog whose name is Augie. It’s short and goes straight to the point. On top of that, it stands out from the crowd.

If you follow Lindsay Loan, then you could also use her as a source of inspiration, because she has a dog named Chloe, another sweet and ideal name for a female puppy. One of the best celebrity dog names out there.

You should also consider Kola, like Kellan Lutz’s dog. It’s short and very creative, indeed. A similar one is Lola, like Hilary Duff’s dog. Both names are cute and very short, which will make training easier, according to experts.

Finally, you could name it Pearl, like Lea Michele’s dog. It’d be an incredible choice for a white-coated dog like a Samoyed or Maltese dog.

Now it’s time to see what’s in store for the boys. Good news, there are plenty of fabulous celebrity dog names for male puppies.

You could be inspired by Jake Gyllenhaal’s dog whose name is Atticus. It’s ideal because it stands out from the crowd, and therefore, breaks with monotony and is short, which again, makes it easier for your pet to learn and remember it, which will make it easier for it to learn commands and tricks.

You could also name it Mate, like Miley Cyrus’s dog. It’s a cute name, to be honest, and matches a male puppy perfectly. Be it a big German Shepherd or a small Pomeranian, the options for application are almost unlimited.

If you are a fan of Leonardo DiCaprio, then you could also consider Rufus, just like his dog. Personally, we like that name a lot, because it’s fun, sweet and original; exactly what you are looking for.

Now, if you are a fan of Wiz Khalifa, and hip hop and trap in general, then you could name your dog Vincent the Dog. It’s a name with tons of authority and presence, and on top of that, it’s original. The dog even has its own Twitter account!

We have only brought you a handful of options, but you can check many others when you explore our entire list of celeb dog names. You have over 95 at your disposal, including Buddy, Dozer, Foxxy Cleopatra, Finn, Jinxy, Meatloaf, and Thurman Murman.

We have done all the heavy lifting for you, so you can only focus on choosing the best!

You should pick a name that matches your dog in key aspects like their temperament, personality and appearance and unique perks that makes it stand out.

Now you can use any of our top 90 celebrity dog names, or alternatively, use them as inspiration to build your very own name. After all, it’s up to you, and we encourage it because after all, you need to choose a name as unique as your puppy.