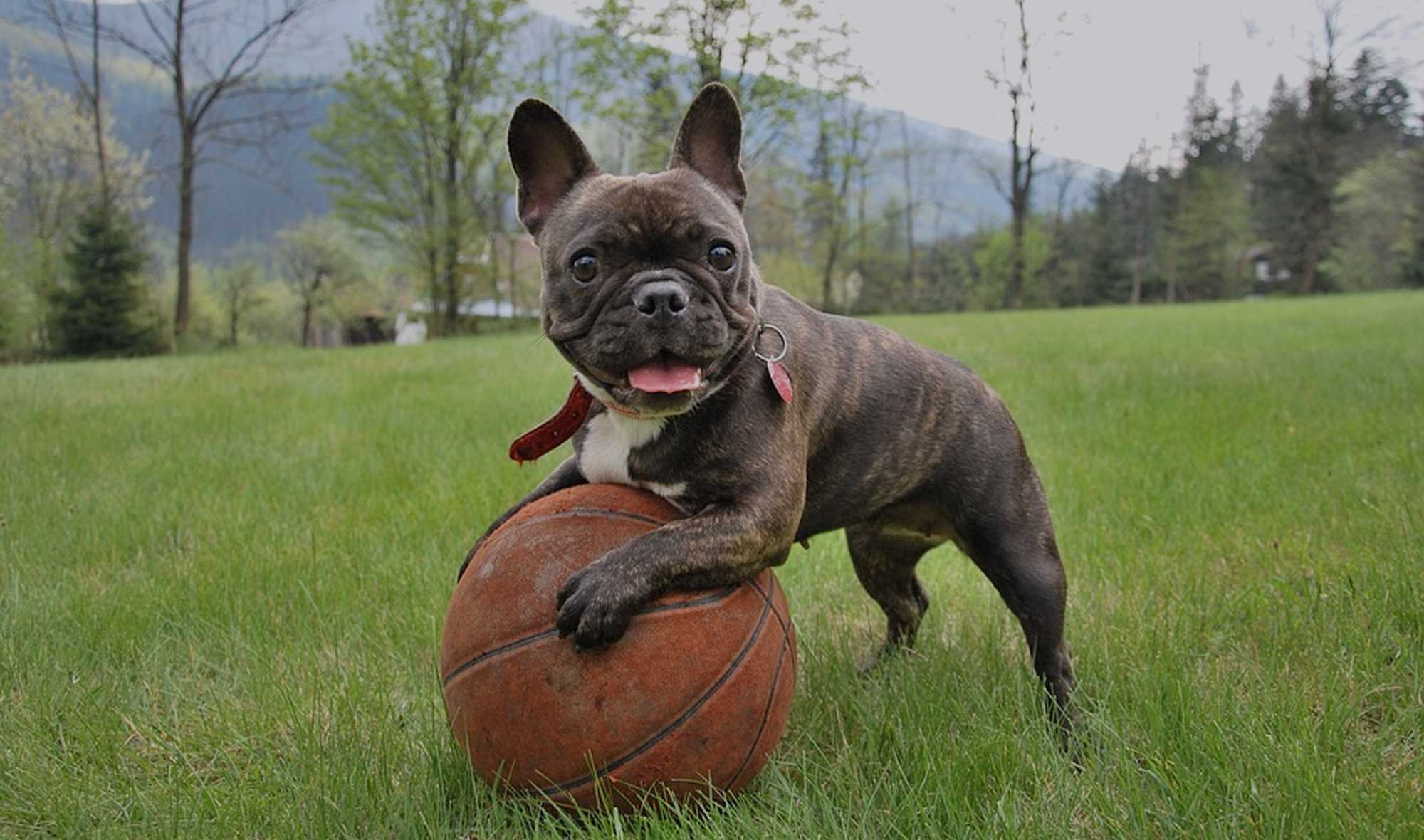 Do you have a beautiful French bulldog at home? Then you will fall in love with our French bulldog names list because we are going to help you to find the perfect name for your pet.

We have built this list by taking inspiration from several topics, many based on French history and culture. Nonetheless, we have also obtained suggestions based on the temperament and appearance of this lovely and cute breed.

Long story short, use our guide, because we include sections with specific ideas and recommendations, to find that name that will represent your French bulldog in every single sense!

Browse our list of thousands of great dog name ideas with their meanings!

When you have such a rich landscape of languages, it is not only wise but the right thing to explore the meaning of foreign words, because they can make amazing names for your French bulldog.

I think we all can agree that French bulldogs are very interesting, thanks to their lovely appearance and sweet temperament, and therefore, the name Darius makes perfect sense, because it means “interesting” in Persian.

If you liked our previous suggestion, then you will also like our next name, Jasper. It means “bringer of fortune” in Persian, and it is an excellent choice if you feel that your pet has brought you fortune and good luck into your life since it arrived.

Would you like to highlight the beauty of your female French bulldog in a fantastic way? Then you could call it Astrid, which means “divinely beautiful” in Scandinavian. It is an excellent choice if your pet meets the breed standards perfectly, and therefore, has outstanding contest quality.

Does your pet have a bold attitude? Some French Bulldogs can have a bold and strong temperament, and therefore, you could honor these traits by calling yours Eric, which means “eternal ruler” in French.

Would you define your pet as exceptionally intelligent? Then, once again, you could take inspiration from the French language by using the word Sagan, which means “wise”. They are smart dogs, but some specimens can be surprisingly wise and reactive.

Finally, if you want to summarize all the things that make your dog good, then you could call name it Bonbon, which means “bonus or good” in French. On top of having a relevant meaning, it sounds sweet, and since it is short, it will be easy to remember.

Here are several options of french bulldog names for you to choose from:

Names for Frenchies Inspired By Appearance

The appearance of French bulldogs is distinctive, and therefore, thanks to their various traits, we have used them to generate the following names. Find them below, along with spot-on tips on how to use them properly.

Since they are so small, you could name yours Mercury, which is the smallest planet in the solar system. We liked this name very much because its meaning is relevant, and in addition, it sounds intriguing and original.

These dogs are small but also soft to the touch, and therefore, delicate. In consequence, a good name would be Marshmallow, since they have the same traits as this dessert. In addition, if your pet is exceptionally sweet and affectionate, then it will make even more sense.

Is your French Bulldog as small as a bean? Then you could it like that, Bean. This name is adorable, sweet and short, and since the reasons behind this choice are evident, it will match your pet perfectly.

These dogs are small, and can also behave like children, and therefore, Bubble would be a good choice, since it means exactly that “small and childlike”. This name, on top of having a good meaning to back it up, sounds adorable and precious.

Finally, you could also name yours Teeny, which is a popular name to reflect the small size. It is an extension of the word “tiny”, to be used as a proper name. It was one of our top choices because its meaning is self-explanatory, and since it is short, it is easy to memorize.

Just like their appearance is excellent for obtaining names, we can also use their temperament, which is full of features. Below, you will find what we think are our top choices, along with a quick explanation, so you can use them properly.

What a better way to describe a sweet French bulldog than by naming it Honey? It is one of the best names from our list, because its meaning is evident right off the bat, and in addition, it sounds sweet and cool.

Do you want to express the same but in a more original way? Honey is a great name, but unfortunately, several other dogs will also have it. Therefore, you could use Lolly, which is the shortened version of a lollypop. Another way to express the sweet temperament of your pet.

To express the lovely and affectionate nature of your pet, you could use the word Lamour, which means beloved. Thanks to this amazing attitude, your dog will become a valuable member of your family in no time.

Now that you have plenty of French bulldog names at your disposal, you can examine our list properly, along with our tips, to pick the best option for your pet. We have covered several aspects such as the appearance and temperament of this breed, so you can choose one of our names, the one that better describes how your pet looks and behaves.