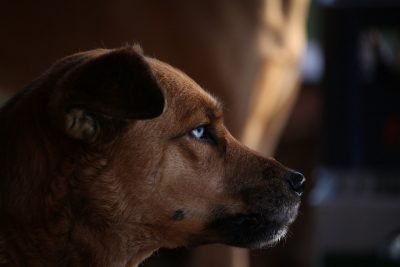 Here you’ll find the best blue-eyed dog names, inspired by different characters, foreign words, events, nature, and more. They are captivating, hypnotic, and beautiful, just like the precious eyes of your puppy.

This list will help you tremendously, especially if you have never named a puppy before. Only read it, meditate on the different options and choose the name that better suits the personality and traits of your pet.

There are many breeds that get the blue-eyed gene, like Siberian Huskies, Border Collies, and Australian Shepherds. In any case, our list will bring you exactly what you are looking for.

There are many characters that, in a milder or deeper way, have a connection with the color blue. It represents the sea and the sky, and it is also a source of tranquility, peace, freedom and imagination, traits that many of our characters share, both real and fictitious.

With that inspiration, here’s a list of names of famous characters for your charming blue-eyed dog.

For example, Aang is a creative name for a puppy with clear eyes, because it’s the principal character in “The Last Airbender”, whose natural element was air. Remember the association with the sky? Well, that’s why it is here. Blue goes along with the air and the sky, and therefore, it is one of the best blue-eyed dog names.

If you have a female puppy with blue eyes, then you could name it Alana, like one of the sisters in “The Seven Princesses of Atlantica”. It’s one of the best blue-eye dog names, because it makes a direct reference to the sea. Alana is a daughter of Triton, the Greek god messenger of the sea, the son of Poseidon and Amphitrite.

Following the same line, Triton would be a cool and outstanding name for a male pup. You don’t hear it every day, and just like Alana, it follows the same principle.

Ariel would be another amazing choice for naming a female pup. Chances are you already know who she is, the most famous mermaid princess. The reasons for choosing this name are evidently clear.

If you have a blue-eyed dog, you will always adore its mythical stare each time they look at you. A deep icy stare of your pooch is a sight to behold.

Hence, you’d want to name them after a mythical noble hero, which would perfectly fit their mythical gazes. So when you call your blue-eyed wonder, you call it with honor!

Here’s the most remarkable mythological name list for your blue-eyed dogs.

If you have a dog like the Dachshund, a hunting breed from Germany that usually get blue eyes, then the name Aegir would be an amazing pick. It is the Norse god of the sea. It sounds very cool, in our opinion. Nonetheless, don’t feel limited, because it will equally suit any other breed.

If you like the idea of naming your pet after sea deities, then you will love our next suggestion: Ler or Lir. It’s the Irish god of the sea. It is short yet sounds very well, and of course, you don’t get to hear it every day. It’s creative, original, and beautiful, and furthermore, it truly represents the essence of blue.

Juno is another cool name idea, because it’s a Roman deity with connections to the moon. It’s perfect for male pup. In our opinion, one of the most exotic blue eyed dog names.

Now it’s time to explore what the East has to bring us, and fortunately, it has a magnificent suggestion, Mazu. It’s the Chinese goddess of the sea, and although it’s female in nature, the name will perfectly suit a male pup as well.

If you like such names, then you will fall in love with our next suggestion, Nanna. It’s the Sumerian god of the moon, and it’s amazing for a female pup with blue eyes. You can easily tell why we suggest it because the moon has a direct relationship with the sky and the outer space.

There are not many dog breeds with blue eyes. It is a rare trait. And if you have this rare dog breed, you’d want to name it unique to match it with its personality. With that in mind, we’ve gathered a name list from foreign languages so to match it with your dog’s distinctive trait.

Foreign languages brings us an almost-endless number of ideas, and to kick start this section, here you have an excellent option: Nami. It’s a Japanese name that literally means wave. A perfect match for energetic puppies with clear eyes. Miku would be another good choice, because it means beautiful sky. One of the sweetest blue-eyed dog names.

If you like how Japanese sounds, then you will also love the next idea, Murdoch. It’s the term used to refer to water, and you can easily tell why we recommend it. On top of making a clear reference to the key traits of the blue color, it sounds different and interesting, and hence, it’s a great pick from all of the blue-eyed dog names we have at your disposal.

Now let’s travel to Europe, to find our next suggestion, Afina. It’s the Romanian word for blueberry. A delicious and blue-colored fruit that, as you can easily tell, fits the bill of the color blue.

Anila is a precious name for a female dog, because it is a Sanskrit word that means “the wind”. If your feel that your pet is as free and beautiful as the wind, then it will suit it perfectly.

Here are several options of blue-eyed dog names for you to choose from:

Now that you have over 300 ideas of the best blue eyed dog names, it won’t be hard to find the ideal one for your pup. All you have to do is to read it patiently and decide which one describes your pet the best.