Do you have a dog that seems out of this world because of its personality or appearance (hint: hairless dogs, ha)? Are you looking for the best mythical dog name for it?

We’ve done some research and evaluated all kinds of pet names to make this compilation. And we shortlisted the most imaginary, fairy-taled, and mythological names for dogs.

We got inspired by fascinating mythologies to provide you with names that carry this essence of divinity, omnipotence, power, and wisdom.

Here are several options of mythical dog names for you to choose from:

Greek Mythology is full of fantastic creatures and captivating stories, so you might take some inspiration from it, and we will make it easier by giving you some solid alternatives.

Is your male dog known for its strength, protectiveness, but can be stubborn at times? Then Hercules is the name for him. The reasons are obvious but feel free to read about Hercules’ story.

We cannot forget about Zeus, the King of All Gods and Men. You can give it to powerful manly dogs that are good in competitions, and are eager to show their skills. Intelligence is another characteristic they must have, as Zeus was extremely smart. This is a great Pitbull name, Rottweiler name, or even for a German Shepherd.

But what happens if, on the other hand, you have a female dog?

If she follows well your commands because she is indeed very intelligent, and at the same time it has a lovely personality, we’ve got the right name for her. Don’t you think Athena, as the Goddess of War and Wisdom, is a good option?

Ambrosia, which was the food or drink of all mythological Greek Gods, is a name you can give to a cute female puppy. It suits a very agile and playful female dog! And just by looking at its musicality, people are filled with energy! Or maybe, to a dog that really enjoys feeding time, right? A good fat dog name, ha!

Morpheus is an ideal mythical dog name for laidback male dogs that are not active or have low levels of energy. You know, for couch potato dogs who just enjoy cuddling up and relaxing to the max. Breeds like Saint Bernard or the Pug perfectly fit in that concept.

Iris, in Greek mythology, is the personification of the rainbow. She was also the Messenger of the Gods in Homer’s Iliad. It is a lovely name for a dog with blue eyes too, since an iris is also a thin part of a dog’s eye.

And what about the name Hermes, as the Greek god of wealth, fertility, animal husbandry, thieves, and travel? A wide range of fields to look after but Hermes did it to perfection! And animal husbandry… quite fitting especially if you are into dog breeding! If you have a dog that is smart, charming, loyal, and always looks for you when it sees something suspicious, then that is the right name for him.

If you have a male puppy who is always showing affection, and people always fall in love with it, then the perfect name could be Cupid! It is the God of Love in all its flavors. Cupid is also known in Latin as Amor and its Greek counterpart is Eros.

But what happens if your dog shares the same characteristics but it is female? Well, Amor could work, but we’ve got another one for you and she is actually Cupid’s mother.

If your female puppy always wants to attract people’s attention, then Venus is the one for it, since she is the Goddess of Love, Beauty & Fertility in Roman Mythology. An ideal mythical name for a female dog that often goes in heat!

However, if your female dog is more unpredictable. It can be friendly while protective and tough other times, then you can give it the name Diana. This would also be a great princess dog name in reference to Lady Diana.

Jupiter – the name of the Supreme King of the Gods. This classic pet name can perfectly fit male dogs that are very protective and full of vitality. Breeds such as the Rottweiler or the Boxer can carry this name excellently.

But what about a similar option for a female puppy? In that case, if she has high levels of energy, and is agile. What’s more, if she is protective and sensitive, Juno, as the Queen of the Gods, is an ideal Roman name for it.

Didn’t any of them steal your heart? Well, do not despair, because we have some more alternatives for you.

What if your female dog is more delicate and has a cute and calm personality that resembles the beauty of a flower? Then do not give another thought and decide on Flora.

We also have the mythical dog name Fortuna, which is the one for a female puppy that is full of joy and carries with her a good vibe. Also, if you feel that having her in your life has been like winning the lottery, or that greater things have happened since you brought it home. This name sounds like it would bring good fortune!

Another interesting name is Janus, as the God of Transitions. This god has two faces looking in opposite ways:

So if your male dog is an ancient breed that has improved over the years, then you should keep that name on your mind!

Are you more into Norse Mythology, which pertains to the many myths of the North Germanic peoples? Then you must make sure to go over this category and read the options we have for you. You can also look at our list of Germanic dog names as they can be similar sounding!

Do you know the name Gandalf? Yes, it is likely that you know it since it belongs to the famous character from “The Lord of the Rings” and “The Hobbit”. But this is actually, the name of a dwarf in Norse mythology. Ironic, right? You can name small or big male dogs that way – it just works!

The famous Thor also comes from this mythology. It’s a great short dog name as well. And if the main characteristic of your dog is its strength and tough-looking appearance, then that’s a name you should shortlist.

You can name your female god Valkyrie if it is protective, loyal, and can recognize your emotions based on your expressions and react accordingly. Like the strong and beautiful warrior. This name sounds powerful and elegant at the same time.

And the last alternative we have for you is Jotun, a giant in Norse mythology. This name can work perfectly for huge male dogs, or on the other side, for small male dogs that have a bright and energetic personality that makes them look bigger than they are – so to contrast with the name (e.g. as a Chihuahua name).

Picking The Right Mythological Name For Your Pup!

Finally, we hoped that you have been able to find a mythical and mystical name that met all your requirements.

If so, please leave a comment on how this guide has been useful to you, and share with us what name you chose for pet and why. We will be happy to read your responses! 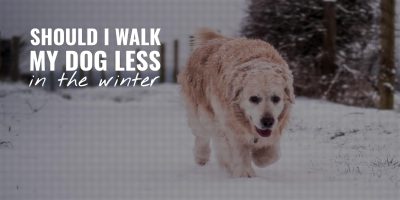 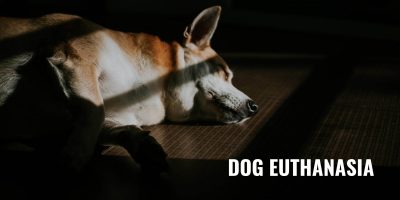