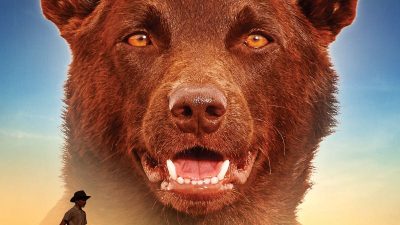 A comprehensive list of the best red dog names for your beautiful ginger puppy. Ideal for a beautiful Irish Setter or an elegant Rhodesian Ridgeback, or in fact, any red-coat breed. You have 99+ options at your disposal, ranging from foreign words to precious minerals, delicious foods and famous characters (real and fictional).

Therefore, you can be confident that you will find exactly what you are looking right here because it’s the most complete compilation you will find on the internet. Guaranteed. That’s why we invite you to check it because you will find that ideal name for your little red puppy!

Red Dog Names As Special As Your Puppy

Contrary to white and black, red puppies are much rarer to find, and therefore, you need a name that matches it perfectly in every single sense.

An exquisite example is Mars, the red planet. Floating the outer space; majestic and mysterious, and certainly beautiful and captivating in its own sense, just like your puppy. If you are a fan of astronomy, or you like our ethereal description of it, then feel free to use it, because it’s one of the best redhead dog names.

You can also opt for Rowan, which is Gaelic for red. As you can see, certain foreign words sound very interesting and intriguing in English, and on top of that, they carry a good meaning, and hence, they are great for naming your pup.

Here are several options of red dog names for you to choose from:

There are many other foreign words that sound cool and make references to the beautiful color of your pup, and Rojo is a perfect example. It means red in Spanish. You can bet on it that not many dogs in your neighborhood will have such a name, and therefore, your pup will stand out from the rest. As unique as your little four-legged cutie.

The same goes for Suri, which is the Serbian word for red rose. It’s a beautiful name for a female red puppy, and in addition, it’s not common, and therefore, you will end up being the unique one in the city with a fire-haired puppy with that name. Quite good! Nonetheless, remember that it’s also a name for male puppies.

If you like the idea of naming your dog after a flower, then you could also consider Zinnia, which is ideal for a female pup. It’s a beautiful red flower, and therefore, it matches the essence of your dog perfectly.

Finally, you could also name your dog Pansy, which is a bright red flower of exceptional beauty. A female Rhodesian Ridgeback would go along very well with such name.

If you would like to take inspiration from movies, stories, and novels, then this section is for you. Chances are you have read or watched the world-famous story of Peter Pan, and guess what? It makes an amazing name for your red-haired puppy!

For a little female puppy, you could opt for Wilma, which is a character of the Flintstones. It sounds very sweet and lovely.

Another good female dog name would be Ariel, the famous red-haired mermaid of Disney. It makes a lot of sense, and in consequence, it’s one of the best red dog names that you can choose.

Ellie is a cute name and is also a character from the famous movie “Up”. It’s a little lovely name that will suit most female puppies.

We couldn’t conclude this section without one of the most iconic ginger dog names: Clifford. The famous red giant dog. Enough said!

You will find many other similar options on our list, so, make sure to check it entirely, because you will find exactly what you are craving for.

As you can see, there are many cool orange dog names, and here you have some other ideas. Flame is a gorgeous name, and the reasons are openly evident.

You could also name it Garnet, which is a precious and red-colored mineral. The same goes for Ruby, another precious mineral that resembles the beauty and elegance of the red color.

We also have names inspired by foreign words like Hong, which is the Chinese word for red. Just like it, you will find many other suggestions on our list. Everything you need to find the most precious and exact name for your puppy.

Obviously, we have done the hard work for you, because we have researched a lot to come up with over 99 red dog names. All you need to do is to read it patiently, pick up your top 10 favorites, compare them and finally pick the definitive winner! Make sure you browse our entire Dog Name List for more ideas!