There are many preconceived notions about Pitbulls being aggressive. They are in fact animal aggressive, and not usually human. Once they were nanny dogs! But where does their aggression come from? And is Pitbull aggression genetic or does it have an environmental influence?

There is usually a genetic and environmental influence in many behavior types. So is there some genetic Pitbull aggression, even at low levels? There are strong opinions accompanied by evidence on both sides of the argument. We will display both and summarize our beliefs on the topic. Although what we can agree on is that we definitely require further research to help confirm where these traits originate from.

Behaviorists, scientists, and owners all have opposing views on where Pitbull aggression originates from. We will present both views alongside the evidence they have to support those theories.

Viewpoint 1: Pitbulls Are Not Genetically Aggressive

Some believe that Pitbulls simply do not possess aggression in their genetics. They believe that they are used as fighting dogs due to their physical strength, muscles, and the power of their jaws. They are then raised in an environment to induce aggression and this is what causes their behavior.

Alternatively, their aggression may simply be that of perception, and each individual differs. The ASPCA supports this viewpoint and mentions how different each individual is molded by their environment and experience, even across breeds. That even “the Labrador Retriever bred to be a service dog may be aggressive toward people”, and that it all depends on how they grow. The idea that a Pitbull is aggressive has been believed by many as a result of media. This breed has a common use as a fighting dog because of their physical attributes, and therefore, news outlets ran with this and created the perception of a monster.

Provocation and misunderstanding of dog behavior can also be something that leads to displays of fear and aggression. These displays lead to owners displaying fear and aggression in return, and then the response strengthens to a regular display of these negative behaviors. By respecting any breed of dog and any individual’s boundaries, this prevents possible aggressive behavior from occurring and forming into a regular response. By taking a look at the canine aggression ladder, people can become educated on when to provide a dog with space. The more understanding someone has of a dog, the more they can avoid creating an environment that may lead to aggression and continuing this stereotype.

Viewpoint 2: Aggression in Pitbulls is a Genetic Trait

On the other hand, there are those that believe not only do genetics play a role in creating an aggressive PitBull, but are the main reason behind it. When a dog is selectively bred for certain behavioral or physical traits, a breeder will choose parents who possess these traits. Each litter that is created from parents who possess these traits are more likely to have them themselves and even strengthen upon it. But where has Pitbull aggression come from, in that case?

One of the reasons that Pit Bulls were originally bred is for blood sport, in particular, bull-baiting. An act where bulls and dogs would fend off against one another. Due to their purpose, breeders would aim for high strength and aggression when selectively breeding them. This type of Pitbull is also in dogfighting today, and once again, create litters with other suitable individuals. Although it is illegal, it is still very prominent, unfortunately. So even Pitbulls who are not involved in dogfighting will often have some genetic influence from blood sports.

How to Make Sure Your Pitbull Isn't Aggressive?

If you either own a Pitbull that displays aggression, or have worries that they may begin to do so, don’t fret! There are multiple ways in which you can prevent your Pitbull from being and displaying aggression.

Making sure your dog is properly socialized with people, strangers, dogs, and other animals is crucial to avoid aggression. The act of aggression can often develop from fear. By introducing your dog to new people, it takes away that fear and allows them to be excited and playful in these situations. However, puppy socialization is crucial, without it, it is difficult to reverse your dog’s aggression.

If you own a puppy, you can begin gradual socialization to the point they are comfortable with different groups. However, it is a different situation when it comes to an older rescue dog. Those that have already gone past their sensitive periods find it much more difficult to become socialized to new things, however, it is certainly not impossible! When it comes to socializing adult dogs, make sure to have patience. It will take time for your dog to get comfortable with strangers or other dogs. Furthermore, Consult a dog behaviorist to ensure that you are doing so safely and in the proper method.

A dog that has not been properly trained is one who is too rambunctious or can get into fear or aggression inducing situations. For example, if your dog does not respond to the command ‘come’, then they may get themselves into dangerous situations. They could meet another dog and either immediately show aggression to them, or their overly excitable behaviors may lead to the other dog snapping. Therefore, your Pitbull may respond similarly. Having a high level of control over your dog can prevent these negative situations from occurring.

A little bit of training every so often is the best way to implement it. An added bonus about training your dog is that it helps to strengthen your bond with them. Try to train your new dog for a few minutes every day initially, so as not to overwhelm or confuse them. Commands such as come and stay hold just as much importance as training them to not be leash-reactive. Using positive reinforcement is also the method we recommend the most as it is effective, easy, and fun for you and your dog!

By understanding your Pitbull’s behavior, alongside any other dogs they are interacting with, this allows you to understand their boundaries. When you don’t respect a dog’s boundaries, they will display increasingly aggressive behavior to try to communicate this behavior to you. Checking out the canine aggression ladder will enable you to recognize warning signs that your dog is unhappy. For example, if your dog shows the whites of their eyes, or their mouth tenses into the appearance of a smile, these are signs of stress. Recognize these signs and it can prevent growing aggressive tendencies.

Supervision is also something that is crucial in needed situations. If you know your dog has food aggression, monitor them and other dogs when they are being fed. Furthermore, try to feed them in a separate room from other dogs so as to avoid inducing scenarios where they may be aggressive. Of course, work through their aggression. But in the meantime you can avoid situations which lead to these negative behaviors.

Is aggression in dogs genetic?

So, is dog aggression genetic? Well, traits usually have an input from both their genetics and the environment. Some dogs are born with higher levels of aggression, but due to their environment, are very calm and gentle individuals. On the other hand, a dog that should have a very calm temperament due to their genetics can be quite aggressive if they have been neglected or not properly socialized.

What causes aggression in Pitbulls?

Aggression found in Pitbulls is the same as aggression found in any other dog. It can come from genetics, a poor environment, or a poor circumstance. Some dogs are naturally aggressive or more likely to display aggression. This can be counteracted through proper training and understanding of their behavior, but it certainly is a cause. A poor upbringing or environment is also a reason that your dog may display aggression. Such as abuse, poor socialization, or even an encouragement of aggression as they grew.

However, there is that case where it is just a poor situation. A child may pull on your dog’s ears, an owner may not recognize signs of aggression and warning. These occasions do occur.

At what age do Pitbulls become aggressive?

Not every Pitbull is aggressive, however, each dog, regardless of breed, will have sensitive times in their lives. When dogs reach puberty, or when a female dog is pregnant or has a litter of puppies, these are all times when a dog may become aggressive. Pitbull included.

Certain dog breeds have been bred to be guard dogs, hunting breeds, and even fighters. These dogs are more naturally predisposed to a higher aggression level. However, higher levels of aggression genetically does not mean you will have an aggressive dog.

Do Pitbulls turn on their owners?

Regardless of breed, no dog randomly turns on their owner, there is always a reason for their behavior. Whether your dog is ill, in a reactive-situation, or is even afraid, signs of aggression stem due to their environment or persona upset. A PitBull will not just turn on you for no reason, like with any dog breed.

Like any breed, Pitbulls can be wonderful, sweet, family dogs, especially those from trusted bully bloodlines. However, due to their past aggression, it can be argued that they are a more aggressive breed genetically. What do we think? Well, we believe both nature and nurture have an influence over Pitbull aggression, and in fact, any dog aggression. 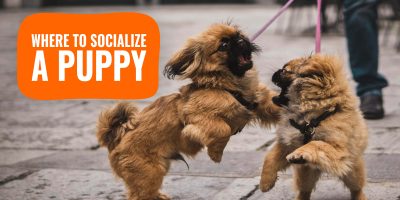 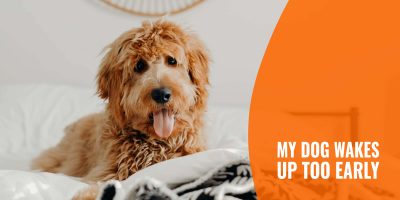