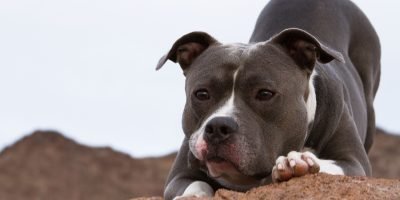 According to Union Lake Veterinary Hospital (2021), Pit bulls are one of the dog breeds that have a bad reputation when it comes to aggressive behavior towards people and other animals. However, can pit bulls turn on their owners? Or is it a plain misconception? Let’s find out as we discuss it in this article, along with the possible reasons why do pit bulls attack their owners.

Can Pit Bulls Turn On Their Owners?

Yes, pit bulls can turn on their owners. Pit bulls also ranked first among dogs who tend to be involved in dog attacks. From 2005 to 2020, Pit bulls accounted for 64.8% of the fatalities caused by dogs.

In addition, pet owners are also responsible for their dogs’ behavior. Aggressive dogs are often a result of a lack of training, discipline, and socialization during their primary years.

Moreover, here are some examples of reported cases of Pit bulls turning on their owners:

The Case of Bethany Lynn Stephens

In 2018, 22-year-old Bethany Lynn Stephens was mauled by her two Pit bulls in Goochland. According to the Goochland County Sheriff’s Office, they saw Stephens’ body in a remote area surrounded by her dogs – like ‘guarding’ her body. However, officers discovered that the dogs were covered in blood, and Stephens’ torn clothes were scattered in the area.

Based on the CAT scan x-ray. There were no signs of domestic violence, stabbing, bullet wounds, and broken bones. The medical examiner reported that another large animal did not cause the wounds and injuries because it did not get through her skull. Thus, all injuries seen in her body are dog bites.

Stephens raised the dogs from puppies until adulthood. Loved ones and other close relatives of Stephens shared that her dogs had always been affectionate. Her dogs also never portrayed any signs of possible aggressiveness. Thus, some are in huge shock after finding out about the accident.

According to reports, Stephens’ dogs went through drastic lifestyle changes before the accident. The two Pit bulls were staying on the property of Stephens’ father, and since Stephens does not live there full time, she only gets to visit her dogs from time to time. Authorities also stated that the dogs have been recently neglected while Stephens is gone.

Aside from the dogs’ lifestyle changes, authorities do not know the exact reason why the dogs suddenly attack their owner.

The Case of Victoria Wilcher

The family of a 3-year-old girl named Victoria Wilcher rushed her to the hospital in April 2014 after three Pit bulls attacked her on her grandfather’s mobile home in Simpson County. Due to the accident, Wilcher lost her right eye and suffered from permanent face disfiguration. With the injuries attained by Victoria, doctors claimed that it is a miracle that she survived.

According to Sheriff Kenneth Lewis, one of the Pit bulls tore the backdoor and jumped toward Wilcher. Then, the other two dogs dragged Wilcher to the backyard. Donald Mullins, Victoria’s grandfather, with his girlfriend Rita Tompkins, rushed to help the kid. Mullins also fatally shot the two dogs.

Based on the grandfather’s statement, his Pit bulls had never shown any signs of aggressiveness. According to the Sheriff, people always use that narrative after dog attacks. After the incident, animal control officers seized the remaining eight Pit bulls (since Mullins owned 10). Until now, the specific reason behind the attack is unknown.

Moreover, the officials jailed Donald Mullins and Rita Tompkins for child endangerment, but they bonded out and immediately visited Victoria in the hospital.

The Case of Innie and Hallstrom Cousins

A Pitbull bought from Craigslist reportedly attacked cousins Kameron Hallstrom and Shawna Innie in 2014. According to the police, the dog attacked the children a day after it arrived at their home in Manchester, New Hampshire. The accident resulted in Hallstrom needing ten stitches and surgical glue on his ear. Meanwhile, Innie’s arm sustained puncture wounds.

Since they just bought the dog recently, they don’t know much about the dog’s previous behavior and other records. According to the owner, the dog arrived without any documentation and rabies records. Moreover, based on the Manchester animal control officer, Pit bulls are strong dogs, ‘but not typically aggressive. However, the family stated that the attack was unprovoked.

After the accident, they surrender the dog to the Manchester animal shelter.

Pit bulls’ high attack and death records cause their negative stereotype. With that, here are the statistics of Pit bull attacks and death over the past years.

First, according to Dixon and Mistry (2020), dog attacks and bites in general increased during the pandemic, and 40% of the victims are adolescents and children.

Furthermore, Pit bull-related attacks from 2007 to 2015 drastically increased by 830% drastically. The common victims of these attacks are either the pet owner or their family members.

These attacks are indeed alarming. However, we should note that this behavior does not come out of the blue – and it is more than just being a Pit bull’s nature and genetics.

Do Pit Bulls Attack Out of Nowhere?

As previously mentioned, Pit bulls do not attack other people or animals out of nowhere. To some people, it might seem that their dogs never portrayed any signs of aggression. However, according to experts, Pit bulls might have shown subtle signs of aggressive behavior before the accident.

Thus, here are some of the possible subtle signs of dominant aggressive behavior among Pit bulls:

But, before the actual attack, most dominant aggressive dogs don’t show signs before launching or attacking. Meanwhile, here are the most common reasons why a Pitbull might attack you:

Are Pit Bulls More Aggressive Than Other Dogs?

Throughout history, Pit bulls were bred to fight. So, it is not surprising to find out that current Pit bulls tend to be slightly more aggressive than other dogs. According to the American Society for the Prevention of Cruelty to Animals (ASPCA), Pit bulls are genetically different and behave differently during fights.

However, Sara Enos, the President and founder of the American Pit Bull Foundation, said that it is wrong to blame the dogs. It still boils down to irresponsible owners. Parallel to that, Marcy Setter from the Pit Bull Rescue Center stated that no dogs are “genetically” more aggressive than other dogs.

But, Enos stated that it is ineffective since it doesn’t target the main cause of aggressiveness, the irresponsible owners, which are t. Lastly, we should also note that Pit bulls are even less aggressive than other breeds like Chihuahuas, according to the American Temperament Test Society (ATTS).

What Is Redirected Aggression?

Concerning aggressiveness, dogs do not simply display aggression unless there’s an external “trigger” (Polsky, n.d). And redirected aggression can cause this ‘”trigger”. Redirected aggression happens when a dog is exhibiting hostility towards a person or another animal, and someone steps in to stop it.

When someone interferes, the dog turns its aggressiveness towards the one interfering. Because of this, people who intervene in dog fights frequently get bit or injured.

With that, it is crucial to remember that if you see your dog fighting or attempting to fight other dogs and animals, never try to interfere. There’s a huge possibility that they will redirect their anger or aggressiveness to you. If you want to stop the commotion, your best choice is to contact animal control officers or other emergency hotlines.

Are Pit Bull Bites More Deadly Than Other Dogs?

Based on Esig et al. (2018), Pit bull-related injuries are more common and critical. Parallel to that, Khan et al. (2020) also concluded that Pit bulls caused “more complicated wounds” that are often unprovoked. The wound complexity is also higher than in other dog breeds with stronger bites.

In addition, 12 out of 14 peer-reviewed medical studies covering all significant US geographic areas from 2011 to 2019 found that Pit bulls cause the most life-threatening injuries and need up to five times as many surgical procedures as other dog breeds.

Importance of Training and Socialization

As mentioned earlier, lack of training and socialization can significantly contribute to a Pit bull’s aggressiveness. Thus, it is vital to expose your dog to these things, especially while they are still puppies.

Given that Pit bulls have a history of fighting dogs, teaching them how to interact and react to other people and animals is a must. Some dogs are gentle but don’t know how to react to strangers. Moreover, some dogs who lack socialization portray hostility or aggressive behavior towards anyone outside their home. So, training them on how to socialize will greatly improve their temperament toward people and animals.

All in all, the answer to the question of whether can Pit bulls turn on their owners, is yes, they can. However, genetic traits don’t only cause Pit bulls’ aggressive behavior because pet owners also play a significant role in monitoring their dog’s behavior. And lastly, remember to never interfere in case you witness a Pit bullfight since there’s a high chance that they’ll redirect their aggressiveness toward you.