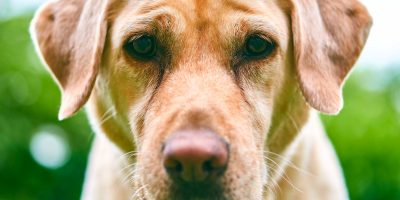 Golden Retrievers die mostly of bone cancer, lymphoma and a cancer of the blood vessels more than any other breed in the country. Scientists from the Colorado-based Morris Animal Foundation picked up on this observation and are studying the popular Golden Retriever dog breed to find out why their lifespan has gotten shorter over the years and why cancer is so prevalent within this specific breed.

The foundation recently invested $25 million in the study to launch the very first lifetime study of over 3,000 purebred Golden Retrievers after signing up the first dogs back in 2012. The nonprofit organization has explained that reviewing the health conditions and environmental factors faced by Golden Retrievers all over the United States should also benefit other breeds and even humans, as 95 percent of the same DNA is shared between us, and dogs.

This study is a groundbreaking endeavor to learn how to prevent cancer and other diseases, more efficiently, in dogs. It is the longest and largest observational study ever undertaken for the canine species, enrolling 3,000 Golden Retrievers and lasting anywhere from 10 to 15 years.

Canine cancer has become a dog owner’s greatest fear. You don’t see dogs running loose that much anymore, we don’t see a lot of infectious diseases, and the vaccines we have today are very good, so our concerns are warranted.

The dogs involved in this study led by the Morris Animal Foundation come from every state of the United States; half of them are males and half are females, and half are fixed and half are not.

The study, although initiated five years ago, has not given any clear results yet, mainly because the 3,000 dogs have been signed only in March 2015. However, early examinations appear to show that 33 percent of the dogs, which are 1 to 5 years old, were victims of skin disease or ear infections. Furthermore, 17 percent had gastrointestinal illnesses, and 11 percent had a urinary disease. To conduct the study properly, dogs are medically treated, as usual, so the results do not get skewed.

Breeders, handlers and pet owners are asked to log everything, from a move across the country or across town, a change in the diet, climate or time zone, the arrival of a new baby at home, or the apparition of new behavioral changes.

Visits to veterinary practices occur regularly so vets can collect blood and nail samples, hair, feces, and anything else that would matter to scientifically understand what is happening within the breed, especially when the dogs get sick. The objective with scientific data is to uncover a common thread or lay bare early warning signs among dogs that develop cancer and other diseases. More than samples, vets hold a journal checking for changes in blood pressure, sleeping patterns, diet, temperature and any detail that may explain illness.

Up until now, seven Golden retrievers who took place in this study have died of medical conditions such as cancer and gastrointestinal problems. One golden was hit by a car, and another one dropped out after its owner died.

I have too many friends who have lost goldens… Is it what we are feeding them, their environments, their breeding? I am glad I found the study and feel in some small way, I might make a difference.

Final results and observations from this study about golden retriever lifespan are expected in a few years time, however, trends will be noticed during this process and they will surely be brought to the general public’s attention.

How To Increase My Labrador's Lifespan?

This is how to increase your Labrador’s lifespan by 8.3 Years… and save $9,878 over his or her lifetime! Check it out and apply, it will radically change your Lab’s health. It covers a lot of key principles including:

Check it out and you’ll see how great of an impact it has on your labrador’s health.