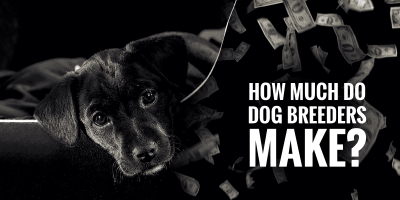 How do dog breeders make? Dog breeders are a very varied population which makes it very difficult to provide even a ballpark amount. Hobby dog breeders with only a litter every year or two may just break-even, while more organized show dog breeders can generate several thousands of dollars of pure profit yearly.

Wondering how much do dog breeders earn is somewhat of a “how long is a piece of string?” type of question. Firstly, it really depends on what do the breeder’s expenses amount to, and how much revenue is generated from the sale of the puppies. Additionally, there are hidden costs that are often omitted like yearly routine checks, kennel cleaning, kibble, and so on. A breeder has to spend money throughout the lifetime of the dog, not just during pregnancy and nursing.

When trying to estimate how much dog breeders make in a year, one has to target a very specific type of breeder. And even then, there is a huge discrepancy between the lowest and highest brackets. After all, dog breeding is just like any other industry or activity, some are very good at it and manage to make a lot of money off of it, while others just cannot. Even worse, some dog breeders are experts in canine genetics, heredity and showing dogs, but have nearly no business acumen. Oppositely, a lot of wealthy breeders aren’t rich thanks to their expertise but rather their business practices (often questionable).

Which brings us to irresponsible breeding: because expenses span across the dam’s lifetime, a classic way of increasing profit in dog breeding is to increase revenue by having the bitch go through as many pregnancies as caninely possible. Although back to back breeding can be considered healthy, organizing breeding after breeding after breeding purely for increasing revenue is potentially dangerous for the female dog and totally unethical.

How Much Do Hobby Dog Breeders Make?

An occasional hobby dog breeder may make a handful of thousands of dollars from the puppies sold. However, a lot of it was already spent on health checks, dog and puppy food, whelping kit, whelping boxes, vaccines, and so on. Hobby breeders will rarely generate substantial profits.

Hobby dog breeders earn a very low revenue because they are breeding dogs on an irregular basis, generating no anticipation. Such occasional breeders rarely participate in online communities and they tend to come out of their foxhole only when the puppies are on their way. Most prospects interested in buying puppies would rather buy from more consistent breeders.

As a consequence, occasional dog breeders are often coerced into lowering their prices to avoid keeping the puppies. Remember that people love puppies that are younger than 3 or 4 months and therefore if you haven’t sold them by that age, you will find even more challenges to do so. Rare are the occasional breeders who manage to sell their puppies are a higher price than market value, and it makes sense since most of them are not doing it for the money at all. 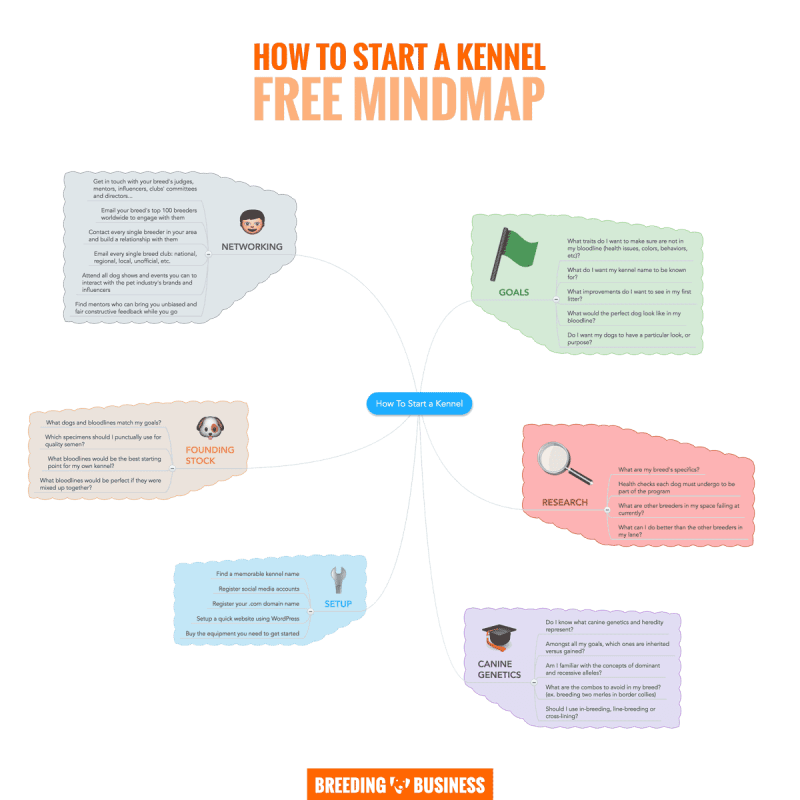 [optinform title=”Want to breed to improve? Get Our FREE Mind Map!” subheader=”This FREE mind map helps you get started the right way. It asks all sorts of questions you should start answering!” background-color=”255,255,255″ text-color=”0,0,0″]

How Much Do Professional Dog Breeders Make?

Professional breeders of dogs often general several thousands of dollars per litter of puppies. The most successful ones can easily reach five figures for any given litter. Of course, these numbers pertain to the breeder’s revenue from which a string of expenses will have to be subtracted. All in all, pro dog breeders run an actual kennel.

Professional dog breeders often break even and the ones with a great reputation may even generate a substantial profit. Most will not, though. Being a professional breeder often pairs with owning several dogs, hiring some part-time staff, having professional equipment like outdoor kennels, attending paid events, and so on.

The way most professional dog breeders manage to break even and make a profit is by caring for their dogs for the smallest details, telling the world about it, and building a reputation. Professional breeders are also more involved in their breed’s online and offline communities. This allows them to be in touch with a lot more people inclined to buy their dogs, and even have a waiting queue for their next litter(s).

Professional dog breeders are seeing breeding as a responsible business. They provide all the care necessary for their dogs without cutting any corner and try to increase their revenue by having some sort of conscious or unconscious marketing plan. A professional breeder studies the breed and follows a clear breeding program that he is motivated by. Where occasional and hobby breeders have very little vision, a professional dog breeder has long-term goals and expects each litter to bring him closer to these.

How Much Do Show Dog Breeders Make?

Show dog breeders have no income ceiling, and some of them can become millionaires thanks to the sales of their hyped up puppies, and high stud fees. Obviously, to reach such heights, these breeders commonly partake in merchandising, sponsors and commercial partnerships. Some breeders are even trying to create their own pseudo dog breed and play on scarcity and uniqueness of the dog’s look to inflate prices hugely. And believe it or not, some buyers are very much buying into these self-proclaimed breed founders.

The crème de la crème of dog breeders are show dog breeders who breed bloodlines as close to the breed standard as possible. Such breeders work incredibly hard in order to compete and be found victorious, in conformation rings and during canine sports throughout the year.

On one hand, expenses are increased due to extreme grooming, training courses, rehearsing, and shows’ entry fees. On the other hand, appearances in dog shows somewhat sends a clear signal to the general public and prospects: this breeder is passionate about bettering the breed and is happy to be judged by a bunch of experts. Show dog breeders are generally famous within the breeding circles and puppy buyers should expect a long waiting list and very high prices. Such breeders offer very thorough services but also request forever homes to sign a very lengthy sales agreement in order to protect you, their kennel name, and the dog. Finally, make sure you comply with your tax obligations (and use available write-offs)!