Back to back breeding means breeding your bitch for several consecutive heats. Often, when breeding back to back, the breeder tries to get his female pregnant twice in a row, or even more, to then let her rest for several cycles or completely retire her from the breeding program.

However, back to back breeding can be pushed to the extreme and done consecutively over three, five or even all of the bitch’s heats without any consideration for her overall health. This is why, when people ask How often should I breed my dog? we want them to remain cautious.

First of all, before making any decision on whether breeding back to back or waiting skipping a season is best, there are multiple points to consider:

If you replied yes to any of these questions, a responsible breeder would naturally allow his bitch to rest and skip one heat, at least

Then, some larger dog breeds only have a season every year while other smaller breeds average 2 or more heats yearly. In the latter scenario, you also want to limit yourself to one pregnancy out of two heats — these smaller dogs usually go though a harsher time at each pregnancy!

So now, let’s carry on answering our original question: is breeding back to back healthier for a healthy normal bitch?

Let's Ignore Ethics For a Second

Mainly composed of online militants and animal rights activists, the Ethics Police do despise back-to-back breeders and see this practice as inhumane.  To them, humans who breed their dogs back to back are just yielding more money and just attempt to rationalize what is, to them, a disgusting behavior.

The accused breeders defend themselves saying the return of a heat after a pregnancy is a natural sign of readiness for a new pregnancy. Breeders affirm that the Ethics Police project their humanised thoughts and feelings onto dogs, thus do not make sense scientifically.

We decided to ignore ethics here and focus on what is best for the dam’s health, not for anybody’s belief or agenda.

Back to Back Breeding Is Better for the Bitch's Uterus

The common misconception is that an ethical breeder should make his bitch skip at least one heat between two pregnancies. That way, the dog breeder lets the bitch’s body rest and recover from the first pregnancy, and eventually get her ready to go through pregnancy again.

Many canine reproduction specialists, like Dr. Hutchison, have concluded the opposite is true. To these experts, once the female is fertile (usually from the second heat), she should be bred at every heat until she is “done”. A bitch is done when you see a sharp decline in the litter size, or when you decide that you do not want to breed her again for whatever reason you may have.

Progesterone is inflammatory to the uterine lining.

While true it is needed for pregnancy, the level is the same when the bitch ovulates and is not bred. Progesterone causes diseases such as cystic endometrial hyperplasia, mucometra and pyometritis for example.

Skipping cycles does not benefit the uterus.

That philosophy explains that a dam’s body is in her prime time to have puppies during her first years. Her progesterone levels are at their highest to prepare the endometrium, or uterine lining, as a uterine supportive environment to welcome a fertilized egg. As a bitch gets older, her levels of progesterone decrease causing the regeneration of the uterus to become more approximate. Bitches of age six and over have a 33.3% less chance of conceiving than bitches under 6 years of age.

Whether a pregnancy occurs or not, the bitch goes through the very same progesterone effects. Therefore, breeding a younger bitch back to back makes use of a healthier uterus. She can retire earlier than other bitches that are not bred back-to-back but bred until much older, thus using a much less capable uterine support system.

But a Breeding Bitch Is NOT Just a Uterus

And here is the first glitch with what was up until now a clear win for back to back breeding. Dams can’t be reduced to their uterus. Of course, her reproductive health matters, but it is only part of a much bigger Health.

Going through pregnancy for dogs is not similar to their ancestor’s experience. Indeed, wolves had much shorter lifespans and fewer heats, therefore they had to breed as often as possible to keep the species alive and strong.

Pregnancy and nursing are sometimes exaggeratedly called a biological war between the mother and the progenies. This is to emphasize how draining and harsh a pregnancy is for the female’s body and support system. This is why, even with the help of modern science, canine pregnancy still kills thousands of dogs every year worldwide.

Back to back breeding is extremely demanding on the mother’s biological resources and energy levels. Therefore, it is also a good idea to skip a heat in order to let her whole body recover perfectly and regenerate before becoming a mother again.

Wait For Hindsight On The Dog Breeding Program

As a breeder, having continuous feedback flowing in from a bitch’s previous progenies can help you notice patterns and match her with a more suitable stud for the next matings. (Or even completely discard her from your breeding program.)

Canine genetics are the best toolbox for knowledgeable breeders and seeing the full results of a well-planned breeding may take a couple of years. So you have a choice between breeding her again while waiting, or hold on until required feedbacks are received.

These feedbacks may be of multiple types, including but not limited to:

In the event of the breeder deciding to wait after a first pregnancy, if the bitch appears to be a real gem, the time will run fast and her fertility will decline very soon. What could have been a real igniter for a top bloodline may just be able to offer a limited number of puppies.

On the other hand, if the bitch appears to be giving birth to puppies with serious defects or undesired traits, the offset count would be limited when waiting for feedback before proceeding to further breedings. You are saving several puppies from being average or even bad (in a quality breeding way of speaking.)

Conclusion — a Case by Case Answer

Although we hate to stand in between and not take a clear stand, we do have to remain balanced on the topic of back to back breeding. It is a case by case kind of scenario that also depends on the breeder’s expertise, knowledge and experience.

On the one hand, if you are extremely experienced and your bloodline has been producing quality litters for years, you may choose to follow your instinct and breed back to back the bitch of your choice.

On the other hand, if you are just beginning or unsure about the quality of your breeding stock, you may prefer to wait things out after a first breeding so both the dam recovers, and the litter gives you feedbacks a year or two later. You can then decide to stop breeding the bitch, find a more suitable stud, or repeat the same breeding.

We’re providing even more pointers in our bestseller, The Dog Breeder’s Handbook. 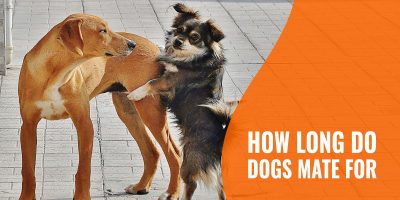 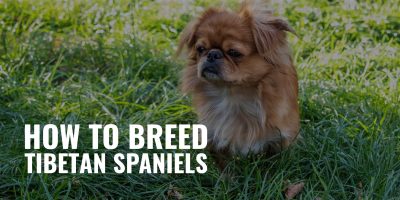 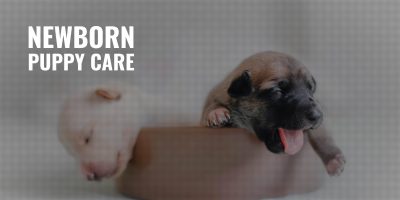 22 comments on « Is Back to Back Breeding Healthy for the Bitch? »