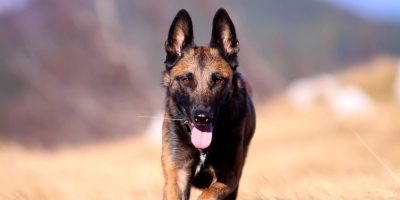 Nothing beats having a friend close by that can serve in the police department, be part of the rescue and search team, and make a faithful companion. Indeed, German Shepherds and GSD mixes are all that and much more. But they aren’t the only dog breed with those qualities. Many other dog breeds look like German Shepherds.

This is why we decided to write a dedicated article on these GSD-like breeds. You will rarely come across GSD parents who complain about their dog’s disobedience. So, dog lovers across the globe love to adopt German Shepherds. But, if you can’t have a GSD, you might want to look up the next best thing. There are dogs like German Shepherd that resemble GSDs not just in looks but in skills as well.

For many folks, keeping such a large and active dog confined in an apartment feels wrong. Some dog lovers also appreciate pets that shed less. On the other hand, others may want a dog that looks like a German Shepherd but can withstand harsh weather conditions. If you are searching for a doggo similar to breeds like German Shepherd but with few alterations, take a look at the Malinois or King Shepherd. And while you’re at it, have a look at this fun list of German Shepherd names that can also be used for these breeds as well.

The Malinois is the preferred breed of dog for the Israel Defence Forces, US Secret Service, and the Navy SEALs. Malinois is ideal as a guard dog as it is energetic, active, and brilliant. The only Achilles heel about the Malinois is that they are not suited for severe weather conditions. But, in moderate weather, Malinois have easy-to-care, short coats. Moreover, these German Shepherd-like dogs love to play.

With a life expectancy of 10-14 years, the average Malinois weighs 25 – 30 kgs and is generally 61- 66 cms tall. Also known as the Belgian Shepherd dogs. At first glance, you will mistake the Malinois for a GSD. But, the expert eye will make out the difference. Malinois are smaller and have lighter bones. They have a square body profile as they stand on their toes.

All in all, Malinois are for people who have experience training dogs. But, if reading all this makes you believe that the Malinois is a savage beast, you couldn’t be more wrong. Malinois make very loyal companions who are incredibly protective of their families.

The American Kennel Club does not recognize this breed of dog. But, at 130 to 150 pounds and 29 inches at the shoulder, King Shepherd is a giant Shepherd hybrid. They are a cross between German Shepherds and Shiloh Shepherds.

But, these canines have a far milder temperament than GSD. They are called the ‘gentle giants’ of the canine world. If socialized and trained at a young age, they do great with kids and other dogs. Yet, it isn’t a dog that enjoys confined spaces as it loves to play around. And, it does require much of your time. If you are into working at all hours and travel often, it would be wiser to go for another breed of dogs other than King Shepherd.

Now, every once in a while, you come across a dog lover who has a penchant for white dogs. And, if you have a partiality for German Shepherds too, then you’ll love the White Shepherd. The United Kennel Club offers separate registration to white dogs under their breed name that is White Shepherd. Or, you may have a white pup that came from a German Shepherd litter as a result of inbreeding. Whatever may be the cause, you can have a white Alsation.

They are much the same as a German Shepherd, except they aren’t aggressive in any way. You see, White Shepherds have milder, sweeter disposition. So, if you have a family with kids and want a GSD, you can opt for White Shepherds.

White Shepherds have a tendency to whine and grumble. So, you best be prepared for your pup’s proper training from an early age if you don’t have any behavioral problems on your hand.

Weighing around 50 – 70 pounds, standing between 55 – 63 cms in height, the Dutch Shepherd is a herding dog. Now, it is reasonably evident where it comes from, considering its name. Although these dogs do bear similarities with German Shepherds, they are a rare breed.

It is said that around the 1950s, the Dutch Shepherd was almost wiped out. You see, Dutch Shepherds were indispensable to Dutch farmers of the early twentieth century. However, industrialization made farming redundant. So, the need for herding dogs was obsolete too.

But, in the late fifties, the breed once more became popular. Today, these canines serve as guides for the blind, police dogs, and as part of rescue teams.

The EES is the ultimate police and guard dog. A particular favorite of the KGB( the Russian Intelligence Agency). They can weigh up to 68 kgs and be as tall as 28 inches. Not to mention, these dogs are not for the faint-hearted as they love to lead rather than play silly games.

The VEO came about when the German Shepherd was crossed with Russian breeds such as the East Siberian Laika, the Central Asian Shepherd, and the Caucasian Shepherd. And, rumor has it that the EES is one of the first hybrid breeds.

Now, it is as intelligent as the GSD and even as courageous. But, it doesn’t do well in the police or rescue department. However, your Shiloh does well with kids and other dogs with early socialization and training. The Shiloh Shepherd has a reputation as a child companion or service dog. Service dogs are helpful for the physically or the mentally challenged.

It does excellent in hot or cold weather. Shilohs are superb for new pet parents. And, they are okay with small spaces as long as it has a separate spot for itself. All in all, if you love German Shepherds but are in fear of their aggressive reputation, then the Shiloh is for you.

Belonging to the original four varieties of the Shepherd dogs in Belgium in the 1800s, the Tervuren is quite a looker. The name ‘Tervuren’ comes from a tiny village in Belgium. And, it holds many similarities to the German Shepherd. They love to surprise their humans with their superior intelligence.

They, too, are medium-sized and have a life expectancy of 12 – 14 years. Moreover, they aren’t hypoallergenic like their distant cousins. Even their coats match that of the German Shepherd as they have a thick double skin with a dense, protective undercoat.

However, Tervurens have a mischievous sense of humor that lights up their eyes. A quality that many dog lovers find genuinely irresistible. Also, early socialization and training can make them friendly dogs. These canines love their families and love to spend time with their families.

Coming from the Czech Republic from the 1300s, the Bohemian Shepherd is popularly known as Chomsky pes. These dogs may look scary. But, it is far from being aggressive. Bohemian Shepherds love to be around babies and kids. They don’t care to have difficult tasks assigned to feel fulfilled. Nope, they are happy playing with stuffed toys and cuddling with babies.

It’s easy to groom, has fewer health concerns, and very trainable. Unlike the other German Shepherd look-alikes, the Bohemian Shepherd does not have a wanderlust or prey drive. It does require more exercise to burn off its energy. But it’ll do that by running circles around a toddler too.

Another breed that resembles the German Shepherd dogs, the Laekenois is strong, agile, and brilliant. It gets full marks for trainability, intelligence, and temperament. It is the rarest and least popular of the four Shepherd breed.

The one thing that stands out about the Laekenois is that it sheds very little. And its maintenance is super easy. But, without proper channels of energy consumption, Laekenois can be destructive. And, no, they aren’t doing it for fun. These intelligent creatures know precisely how to let you know when they are happy with you.

Now, some love white. But, some adore the color black. And, if you happen to be one of those eccentrics that like to have a German Shepherd in black, then the Groenendael is your dog. These may look like a German Shepherd and are equally intelligent. Yet, they don’t like barking much or chasing after prey.

These are peace-loving doggos that are watchful but playful. They may be active but aren’t aggressive. It’s a medium-sized, long-haired beast that excels at being a service dog or child companions. So, if you care for creatures with high energy levels but with mild temperaments, look no further.

But, Groenendaels love their safe spots. So, if you live in an apartment, you may have some adjustment issues from your doggos.

Whether you want a white dog or a black one or enjoy a sweet companion or a fierce guard dog, German Shepherd-like dogs make for extraordinary pets. These canines will only enrich your lives. But, adopting one will mean that you need to have to be careful about the responsibilities of having a new member in the family.