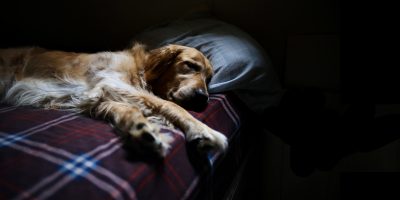 Dog abortion is a hot topic but this article focuses on the different methods of pregnancy termination for dogs, their cost, and confirms their legality. People talk about dog abortion pills and shots but don’t really know when is the best time to stop a female dog’s pregnancy and how can it be achieved safely.

Breeding Business and Vanessa Ralha, Doctor of Veterinary Medicine and Strategy Officer at Petable, explain all that matters about canine abortion. Ethics and personal opinions are purposefully left out of this article — just like I did with my article on the morning-after pill for dogs.

Abortion in dogs is more of a convenience for the human than a need for the dog itself.

Can a Dog Have an Abortion?

Pregnant female dogs can undergo an abortion in order to terminate their pregnancy using veterinarian solutions, either surgical or medical. It is legal in most states in North America, as well as in most countries. The main cause of abortion in dogs is accidental mating occurring while the female was in heat.

According to animal moral rights, it is wrong to seriously harm dogs for experimentation, entertainment, and other immoral purposes. Therefore, abortion should only be done for the sake of the dog’s health and overall well-being.

In the Sherry Colb and Michael Dorf’s Beating Hearts: Abortion and Animal Rights Symposium, they emphasize that animals, at least vertebrates, including dogs, are morally considerable and sentient beings. It means that they are capable of feeling pleasures and pains.

Moreover, the moral-theoretical reviews say that even dogs have the right to their own lives and bodies. But since dogs cannot decide which is better or not, their human companion is usually the one deciding which is good or not.

Early abortions, late abortions, and abortions, in general, are not condemned by animal rights or any other laws. However, owners and veterinarians alike should take necessary precautions and see to it that the purpose of abortion is to provide a better quality of life to a dog.

Dog abortion is legal and most veterinarian practices will offer ways to terminate a dog’s pregnancy. However, some vets will claim ethical incompatibility with ending a pregnancy that is too far along.

Additionally, there are vets that will not abort a pregnancy if they do not spay the mother, thus making sure the same does not happen to the same dog twice, but that is at their own personal and professional discretion.

Common Causes of Abortion in Dogs

Mother Nature did a good job with canines so very few cases occur where the female needs to undergo abortion to protect her own health. In other words, abortion in dogs is more of a convenience for the owner than a need for the dog itself.

Most frequent cases arise from owners who allow their female dogs to wander off during heat resulting in suspicion or confirmation that coitus occurred. If this results in an unplanned and unwanted pregnancy, then most owners will request guidance from their vet and seek a medical solution to terminate the pregnancy.

Some cases come from breeders or owners of multi-dog households that have poor control over their dogs’ heat timings. These breeders fail to predict when they should separate the bitch in heat from their studs, leaving enough room for her to breed without the human selection of the intended male partner.

When Is It Best to Abort a Dog's Pregnancy?

Most vets will push for ovariohysterectomy as a first solution, but mostly only during the beginning of pregnancy (i.e. the first month.) Ovariohysterectomy is a spay by surgically removing the uterus and ovaries (watch an explicit video of the surgical procedure here.)

There are increased risks to doing such a procedure on a pregnant dog: blood vessels are engorged, the surgical procedure takes longer which increases anesthesia risk and if the due date is very close, the puppies may already be fully formed, which implies individually euthanizing them.

How Late in a Pregnancy Can Dogs Have an Abortion?

Technically, a veterinarian can abort a female dog’s pregnancy at any stage if necessary. The abortion methods used towards the last weeks of this female’s pregnancy may, however, become heavier surgical operations instead of medication during the first weeks.

Therefore, veterinarians will always recommend dog breeders think twice before asking for an abortion in the second half of the bitch’s pregnancy.

Can You Give Human Abortion Pills To Dogs?

The problem isn’t the efficacy (or lack thereof) of the drugs, but rather the lack of medical guidance during the process and what that entails to the dog’s or even human health. Most of these drugs have rather troublesome side effects and none of them is 100% effective. There is no way to control if the treatment was effective without recurring ultrasound or blood work. Also, dosage control is of the essence to minimize side effects and most of the time antiemetic or antibiotic drugs must be prescribed simultaneously by a veterinarian, to minimize nausea or to control the risk of infection.

Uneducated use of these drugs in dogs may result in overdosing a pregnant dog to the point of toxicity or causing serious problems like pyometra or other reproductive emergencies.

First, every vet will start by confirming the pregnancy. A great way to confirm a dog pregnancy is an echography at 25 days of gestation or a relaxin test (a blood test) that can be tested as soon as 22 days but should be confirmed a week later if negative to confirm the diagnosis.

However, some dog breeders want to keep the dog’s reproductive system intact, allowing her to be bred in future instances. Then, other solutions include drug-induced abortion either with:

Most veterinarians will advise an ovariohysterectomy as the first form of approach to an unwanted canine pregnancy. If there is to be an intervention to solve the problem, then it might as well be one that simultaneously prevents the risk of future recidivism.

Prostaglandin F2α is injected 3 times per day until all fetuses have been successfully expelled (controlled ecographically) — sometimes for as long as 14 days, but normally less. Association with an intravaginal prostaglandin will help reduce treatment time and secondary symptoms (nausea, diarrhea, restlessness, tremors). Doses must be under strict control, and the chances of overdosing are high.

Must only be used up to 45 days into pregnancy. Injections are applied daily for the first 48h and then weekly for 2 weeks, totaling 4 applications. Bitches later than 20-30 days into their pregnancy may experience severe symptoms including fetal expulsion with blood loss, anorexia, and mammary congestion. These tend to be quite expensive.

Administered as pills, twice daily to effect (expulsion of all the fetuses) after day 30 of the pregnancy — can take more than 10 days. However, dexamethasone is a corticosteroid and owners must be warned about the risks of prolonged corticotherapy (immune system suppression, predisposition to infection, excess water intake and urination, restlessness, constant hunger) and if the dosage isn’t well adjusted, the dog may show signs of medically-induced Cushing’s disease. Bitches with pre-existing health conditions like diabetes or Cushing’s disease are not advised to undergo this type of treatment.

Also to be used in the second half of the pregnancy. Alone or combined with prostaglandins for increased efficacy. Daily oral treatment is required and treatment continued until effect.

Can only be used the first few days into pregnancy but largely increase the risk for pyometra which is a possibly life-threatening uterine infection. Most veterinarians will avoid this method due to the risks it entails.

QUICK NOTE — No drug, however, meets all the following criteria of a perfect mismate drug: possible to give at any stage of oestrus or pregnancy, 100% effective, causes no vaginal discharge, has no side effects, does not impair future fertility, is readily available, and is inexpensive.

Whatever the method, the bitch will feel poorly for some time after the abortion. Antiprogestins, for example, can stay in the body for about 24 days after the last take because they are lipophilic and side effects persist long after the effect of the abortion.

Keep the bitch in a quiet, clean, and cozy environment. Watch for signs of nausea and anorexia. You might need to give supplementation to keep nutritional support. Keep plenty of fresh water available so as to never condition water intake, especially if dexamethasone was used.

If surgery took place, then antibiotics and anti-inflammatory drugs will have to be given at home, along with special care for keeping the suture clean and dry.
Watch out for any type of vaginal running that could indicate pyometra.

How much does a dog abortion procedure cost?

If pregnancy is suspected but not confirmed during the first 15 days after heat, most veterinarians will charge the same fees as for a normal spaying procedure.

Drug-induced abortion tends to keep prices lower ($100 to $700 in total, depending on the dog’s size, cost of living in the geographical area, etc.) This will include abortion medication, symptom medication, and ultrasound control or bloodwork expenses. Varies according to the length of the process which is different for each dog. Depends on litter size, anatomical conformation, and pre-existing health conditions.

If the pregnancy is well-developed prices will increase up to $2,000-3,000 total costs, including hospitalization and drugs in some clinics.

A massive thank you to Vanessa Ralha, DVM and Strategy Officer at Petable, for her help with this informative article. Check out their great app for pet care, Petable, available in the App Store and Google Play.