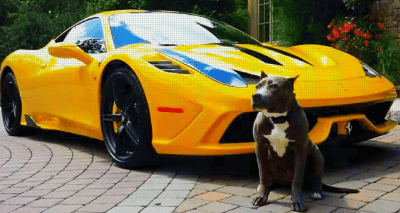 Special interview here on controversial breeding practices that bully breeding and the XXL dog breeding are in some people’s eyes. I wanted the opinion of a major actor in this XL bully world of dog breeding, so I contacted Caleb, from the world-famous Finest Pitbulls Made kennels. He happily made time despite his pretty busy schedule to answer some of our questions.

Caleb is 200% involved in his dog breeding business, he owns over 30 bloodlines of American Pitbull Terriers, and caters for a wide clientele: families, protection dog handlers, competition dogs, and many of his dogs are amongst the World’s most famous bullies.

Finest Pitbulls Made’s puppies are sold for several thousand and are some of the most talked-about and sought-after XXL bully puppies right now.

A lot of Pitbull breeders are getting into that “XXL Pitbulls” hype, trying to breed huge muscular dogs and then sell them for a lot of money, like Hulk… What is your view on that, do you do it too? If you do, why?

I breed bigger dogs but I do it because I am like them. I don’t have any dog over 150 pounds but I do have dogs right under that.

To me, hype only exists when people believe in something or want something to exist. So the owner of the Hulk named Marlon is just giving the people what they want. Everyone is obsessed with having the biggest house, most money, nicest car so the XXL Pitbull just fits into the culture we have created so if you want to single Dark Dynasty K9s out then you better do the same to every other hype thing as I stated before.

At the end of the day rather you say your pitbull is XL, XXL, standard, pocket or micro, as long as you have some bad a** dog you have got my respect. I don’t like to hate on another man’s success, I would rather embrace it.

Is breeding American Pitbull Terriers much different than breeding any other breed out there?

Breeding Pitbulls is unlike any other dog out there for sure. Especially with dogs like mine that are all almost over 100 pounds. My red male Gino is about 90 pounds and pulled 6,000 pounds before and can jump a 6-foot fence with ease. 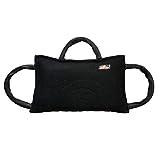 With their strength and athletic ability, if you do not have the proper facility for them, you will have accidents because females can’t be left alone with females and males can’t ever be around each other. The expression I like to say when it comes to describing bully dogs is “Everyone wants to own a tank but no one wants to get ran over by a tank.”

What improvements do you want to bring to the breed with your various breeding lines?

Since I own 30 to 35 bloodlines, my dogs are getting better at each and every generation. I want to take the look, size, eyes, color of my blue male Blade and combine it with the strength, athletic ability, muscle, speed, agility and consistent health of my red male Gino. And then, I want to add in the temperament of my black male Phantom.

So still to this day, my ideal dog has never existed but I plan on changing that in the future.

Tell us about your breeding strategy and style: how do you select a stud for your bitch, and do you use or condone line-breeding or even inbreeding?

My breeding strategy is to not stud out my male pitbulls to keep the genetics exclusive. I don’t do inbreeding or line-breeding or I don’t recommend to breed close like most people do even though I own one of the top 3 blue males and red males in the world.

What diet and food are you giving your dogs? What are your tips to save money since you have dozens of dogs…?

I buy beef scraps that cost me $5 a barrel of about 50 pounds of meat. I have to buy about 5 of these a month so it really saves costs.

I feed my puppies just regular puppy chow with milk. 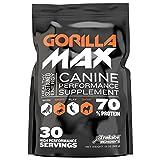 And what kind of activity are you providing your bullies with? Do pitbulls require a ton of exercise, or pulling exercises?

It depends on the type of bully or pitbull you have. For example, my male Blade likes to sleep, eat and lay on the couch all day and I can’t forget how much he loves to breed females all day; sounds like a good life to me.

Now my red bullies are like hell on wheels! They want to run, hunt and pull weight all day. This makes my red pitbulls way better for protection; they are however a lot more aggressive so I only sell them to the right homes.

It all just depends on your situation, that is why I offer both types because I have so many different types of clients.

DogsBite.org, a US-based pro-breed specific legislation advocacy group that focuses on pit bulls blamed pit bull breeds for 62% of the 325 people killed by dog attacks surveyed in media reports from 2005 to 2014. What are your thoughts on that statistic?

The problem in this survey is that they are trying to mislead people… They make it sound like they are only talking about registered American Pitbull Terriers. But the reality is that they are counting Pitbull x Labrador, Pitbull x Bulldog and every other mixed dog that has any pitbull in it what so ever quantity.

I understand that’s exactly why they said Pitbull Breeds and not American Pit Bull Terrier — so that they can count any breed of dog that has any pit bull in it! Pitbulls, taken in a broad sense, is such a wide breed if you are counting all the mixes. I don’t know any breed where you can find a dog that can weigh from 30 pounds all the way up to 180 pounds, and all within the same breed.

With that type of standard, they can pretty much classify anything as a pitbull breed.

Any advice you would give to newcomers in this industry, who perhaps would like to breed Bullies or “dangerous”?

If your looking to start breeding pitbulls I would recommend to have your facility set up right because these are not your regular dogs — they are bred to be the Lebron James of dogs!

What I mean by that is they are bigger, faster, stronger than any other breed of dogs, especially mine. Just imagine if every generation you breed Lebron James’s to Michael Jordan’s daughter then take that offspring and breed it to Shaquille O’neal’s. That is what we are doing with these dogs.

One day when I have a 180-pound giant pitbull that runs like a greyhound I will have created my ultimate dog. So yes, I will tell you these dogs are dangerous just like everything in life if not handled right. If you decide to have 20 of them like me and breed them, you better buy from the best kennels in the world, get other people to help you and most of all, make sure they are secure at all times for people and the dogs’ safety.

But I love these dogs, and at every generation, they amaze me more and more.