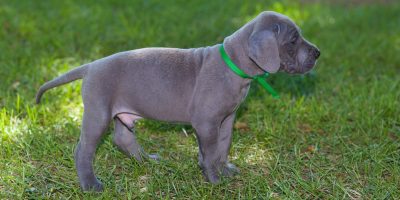 So many people ask us why are male puppies more expensive than females; and even breeders think it’s automatic, and price some of their pups according to their gender. If I have to be totally honest, I receive as many emails asking me why are female puppies more expensive than males. So all in all, it seems balanced, and depends on the breeder’s philosophy and beliefs.

A responsible puppy pricing strategy should take the sexe of the puppies into consideration only if it makes sense. Female do give birth so they represent a direct competition to the original breeder, while males can compete in dog shows with no interruption (i.e. no heat cycle.) It really depends on the breeder and the purpose of the litter — is this litter meant to produce show dogs or grow the breeding stock?

We can count three clear reasons why a dog breeder would charge more for a male puppy than for a female.

A lot of dog owners are buying a dog thinking they will occasionally (or professionally) show them in conformation rings and other dog sports. Where a female dog will need several breaks a few times a year, for a few weeks each and every time, a male can compete without interruption throughout the year.

To put it grossly, a stud won’t bleed. And when you plan on showing your dog, it does matter because it means two potentially successful show dogs can yield a different number of victories and trophies depending on their sex. When you know how much the value of a dog increases after a title, it does make sense to prefer a male so that you can compete more often.

Therefore, dog breeders know that their male puppies can generate quite a bit of revenue through champion stud fees thanks to their showing achievements. Even as an average male, you can simply partake more often in competitions, thus having more shots at winning at least one event.\

Studs Have an Unlimited Breeding Potential

Male dogs have virtually an unlimited amount of semen so they can be used to sire as many litters as the breeder wants. For a stud to be so popular and in demand, the new owner should probably earn a few awards in some local or national canine competitions. Then, once his bloodline is recognized, an irresponsible and greedy dog breeder would reply positively to all the stud servicing requests, generating a lot of revenue.

Unlike a female which needs to recover from a previous litter, wait for her next heat, and go through a two-month long pregnancy, male dogs can just mate several breeding partners in the same week. It’s even easier for dog breeders who ship their stud’s semen.

Such an overbreeding of a particular male dog can have detrimental consequences on the breed, as a whole, because it would reduce the genetic diversity. Another risk that is increased is the chance of linebreeding because, with so many puppies fathered by one sire, chances are two of these puppies may unknowingly get bred together at some point in the future.

The above explanations make sense, they are factual and undeniable. If they weren’t enough, the populus empirically believes that male dogs are more affectionate and loyal to their owner(s). Obviously, this is just a belief that has been transmitted from the old days and has no scientific foundation.

Because it’s unfounded doesn’t mean it doesn’t matter: prospects exclusively wanting male puppies to increase the price because of the massive demand. They simply need some education and some time to understand that the canine species doesn’t have many behavioral differences between both sexes.

Most breeders who breed average dogs with no specific purpose will price all their puppies the same. They may price a particular puppy a little more because it is receiving more attention (color, coat pattern, eye color, etc) but not just because of the puppy’s gender.

In some cases, the breeder has produced the litter for a particular reason that indeed justifies a higher price for males. Especially if these puppies are going to be shown in conformation rings, for example. Some breeders will price male pups higher because they saw peers doing it, and won’t really understand the reasons why.

It’s your job to find out whether or not a higher price is justified!