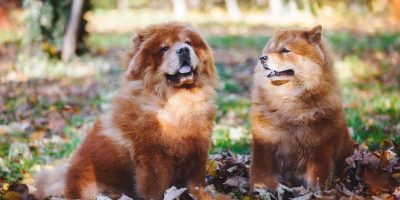 If you’re here, you probably wonder why do female dogs cost more than males in a litter. First, it’s important to acknowledge that for some dog breeders, the opposite is true, and they will inflate their males’ price. However, for most dog breeders, girls are commonly priced up when compared to boys.

There are a few reasons why a dog breeder would want to charge more for his females than for his males, and the first is that such breeders receive more requests for their girls. The supply and demand principle is obviously a huge part of puppy pricing so what we need to break down is the few reasons why new owners tend to choose females, over males.

Back in the old days, dogs were used to perform a specific job rather than for their looks — e.g. hunting dogs, herding dogs, guard dogs. Empirically, females were more precious because from a single female, you could build a whole army of further canine workers. When you owned female dogs back then, each loss of a dog (injury, death…) had a much lower impact since she already produced several puppies that are now able to take over. Plus, the canine species doesn’t have any difference between both sexes in terms of strength and stamina.

Regardless of a female’s breeding potential, there is that other strong empirical belief that females are much easier to train, while males are said to be more protective and territorial. There is no actual proof backing these statements up, but they still survive the test of time, making females more appealing to the average dog buyer.

Don’t forget to check out our bestseller, The Dog Breeder’s Handbook!

A female dog often fetches a higher price because of her breeding potential.

A female dog can generate a lot of revenue to her next owner by producing several litters of puppies throughout her lifetime. This is a very mathematical logic but as a dog breeder, this is a thought you do have. So yes, because a bitch potentially translates into further revenue, she is worth more at birth; and for the prospect wanting to buy her, she very often is an investment.

Unless you own a champion or popular sire, you will generate more revenue with a female rather than with a male. A lot of average breeders who do it without much work and effort only keep females at home and find a stud when they want to have a litter. The male is paid a very small fee, while each puppy will bring in much bigger amounts.

Such mathematical and financial logic is even more correct the smaller the average puppy litter size gets — this is because the female becomes even more precious since puppies are a lot rarer compared to larger breeds whelping close to ten puppies! At equal quality, an average Pomeranian dam is generally more expensive than a female Border Collie.

A female dog de facto becomes a direct competitor to her own breeder.

Think about this situation.

You are a dog breeder and after years of involvement in the dog breeding circles, you managed to produce a wonderful bloodline. One of your bitches just had a litter and you have three males and three females. Your kennel name is popular so you’ve got no problem selling these six puppies.

Now, put yourself in the shoes of one of your three female buyers.

He spent a lot of money to get a bitch from your kennel and the girl carries your kennel name — i.e. she has brand appeal! Therefore, it’s a matter of finding a male, getting her pregnant, and this new breeder now has your kennel name as a selling point. Sure, this breeder is clearly profit-driven and most likely has non commendable motives, but these people still exist.

That person who one day bought one of your females turned out to become a direct competitor to you.

Don't Studs Have a Breeding Potential, Too?

The same logics described above could apply to male dogs, too. However, selling several litters of puppies usually yields a lot more income than the fees received for stud servicing. It would take an exceptional male to reach such a high demand. To witness such scenarios, one can look at the dog showing world, very new breeds, and working bloodlines, where some sires are very popular and their semen extremely sought-after.

Dams belonging to a specific bloodline commonly hold the kennel name forward. Therefore, the puppies become attached to the female’s bloodline rather than the stud’s. This is why a female represents a direct threat to that female’s original breeder.

Mind The Clauses In Sales Agreements

Meaning, it’s very common to find a clause in a puppy sales agreement very clearly stipulating that you must spay the female within a specific deadline. Some breeders will require you to seek their written approval before accepting any stud to mate with the bitch being sold, or plainly forbid any future breeding.

If you fail and go ahead with a breeding, you may well end up being sued and lose in court.