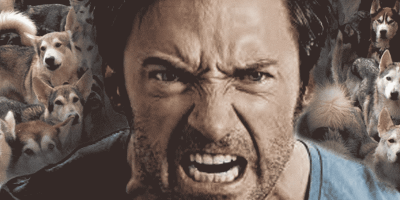 Dog breeding is considered to be an unethical and irresponsible activity to take part in. Like in any trade, some people have great intentions, others have bad executions. We’ve listed the main reasons why dog breeding is bad.

Note that we are a platform educating responsible dog breeders worldwide, and we believe that breeding dogs can be a great activity if done correctly and with purpose. Breeding Business believes that each litter of puppies should bring improvements to the existing breed and bloodline.

On that positive note, let’s review the most common reasons why breeding dogs has a bad connotation.

There are plenty dogs in shelters and breeding dogs means your buyers will not get their dogs from a shelter. You can find virtually any breed of animal in your local shelter – purebred or mixed – but consumers continue to pay hundreds, sometimes thousands, of dollars for dogs from breeders. Some people believe that by purchasing their dogs from a special breeder they will somehow be getting a superior pet. However, that is obviously not always the case and is one of the many reasons that breeding dogs can be irresponsible and harmful no matter how good their reputation may be.

Reputable breeders have a passion for breeding dogs and many do genuinely love the animals they care for, but that does not address the very real problem of what breeding pets does to the existing pet overpopulation problem. Millions of dogs all over the word are euthanized in shelters every year because of lack of space, resources, and people who are willing to adopt these animals. No matter how you look at the issue, the idea of producing more dogs to meet the “demands” of people who are willing to pay large amounts of money for a purebred pup while there are hundreds of thousands of purebred dogs waiting in overcrowded shelters is a very negative aspect of dog breeding.

No breeder is perfect but some breeders push the limits causing extensive health issues for the dogs they are breeding through bad breeding practices. Dog breeding used to be highly functional—a shepherd breeds only the best herding dogs or a hunter breeds the dogs with the best instincts—but with dogs now serving more of a companionship role in society, many prospective pet parents are simply looking for specific looks in their puppy, whether it’s a purebred or designer mix. This has led to over-breeding of specific types of dogs that are popular, bred mostly for financial gain without the extensive research and time that is necessary to produce a healthy dog.

The English Bulldog is an example of very poor breeding practices as it gained popularity for its pleasant demeanor and child-like practices. Unfortunately, this popularity has led the Bulldog breed to be ranked second of all breeds in congenital diseases and related deaths among puppies. This was a result of years of bad breeding practices so that now many of these animals are in constant pain. They suffer chronic physiological stress as a result of significant physical limitations that have been deliberately imposed on them by misguided and unscrupulous breeders, breed clubs, and kennel clubs. All of these health issues that the English Bulldogs are facing and many other breeds such as the Pug are all results of poor breeding practices that focus more on the popular demand rather than the animal’s welfare. In the case of the English Bulldog, a modernized and healthier breed was created and is gaining traction, the Olde English Bulldogge.

Dog breeding is considered an industry and in each industry, there are some doing it properly, and those doing it just for money, cutting corners on the dog’s health, hygiene conditions, etc. The demand for popular breeds or designer dogs has led to individuals mass-producing dogs like they are an item of clothing. Often, with little to no experience about dog breeding, they are producing dogs in what has now been called puppy mills or puppy farms.

These mills are large-scale commercial dog breeding facilities where profit is given priority over the well-being of the dogs or strength of the breed. These breeders often house dogs in overcrowded and unsanitary conditions without adequate veterinary care, food, water or socialization. In order to maximize profits, female dogs are bred at every opportunity with little-to-no recovery time between litters.

Puppy mill puppies, often as young as eight weeks of age, are sold to pet shops or directly to the public over the Internet, through newspaper ads, at swap meets and flea markets. Because puppy mills focus on profit, dogs are often bred with little regard for genetic quality. Puppy mill puppies are prone to congenital and hereditary conditions including heart disease and blood and respiratory disorders. In addition, puppy mill puppies often arrive in pet stores and in their new homes with diseases or infirmities ranging from parasites to pneumonia. As breeding continues to grow more popular and is seen as a fast way to make money this is a recurring problem with little legislation or means to monitor such bad practices.

When people hear dog breeding, they hear purebred dog breeding. Often a mutt or rescue dog is seen as a downgrade when in fact, studies have shown that purebred dogs seem to have more health conditions than a mixed breed. This is due to the over breeding of a close genetic pool and poor breeding practices carried out by breeders with little research into the male and female’s family history. As we have mentioned with the English Bulldog this can lead to numerous health issues in purebred dogs.

There is the fear that if a dog is mixed their behavior may be unpredictable but often you can tell from their appearance what dogs and therefore traits are more likely to be present in their character. And although purebreds often exhibit the behavior and characteristics of their lineage, breed does not guarantee behavior. Nothing is ever guaranteed when it comes to Mother Nature meaning they can be as unpredictable as any mixed breed.

Although purebreds may have a specific trait or look that someone is looking for they are in fact more likely to come up with health issues due to their closed genetic pool. While mixed breeds actually have a lower chance of inheriting congenital diseases because they have a less restricted gene pool and thus fewer genetic defects.

Tail docking and ear-cropping is a practice of removing an area of a dog’s tail or ear. The first involves constricting the blood supply to the tail with a rubber ligature for a few days until the tail falls off. The second involves the removal of part or all of the pinnae or auricles, the externally visible flap of the ear, of a dog and it sometimes involves taping to make the ears pointy. This was previously done for practical reasons in specific breeds either to avoid ear infections, rabies etc. or to prevent injury during a fight or work.

But it is now considered a cruel practice because some breeders want to force their dogs to look a particular way. It is banned in many countries. Some vets and breeders will perform the procedure for a fee and guarantee their dog will adhere to purebred breed standards. Although the procedure should be performed under anesthesia it is often not and can cause considerable damage to a dog’s hearing. It is clear why altering your dog for purely cosmetic reasons should be considered a negative practice from any breeder.

Dog breeding used to be loved because it was producing dogs with a purpose (hunting, police work, search, therapy, service, etc) while nowadays, most dogs are family dogs or conformation dogs. They are bred to look good, not to function well. This means health is not as important in some breeders’ eyes, this can be seen in the many health issues that ‘popular’ breeds are now facing due to being bred quickly and without in depth knowledge of the breed.

The breeder will breed the popular dog without considering the gene pool or recurring health conditions trending up. Dog breeds such as the Husky have been bred in a climate that they are suited to; yet, many breeders ago ahead and use them a warm area where they will not strive. Many of these purebred dogs that were bought and produced for cosmetic and financial reasons end up in the already overpopulated shelters and rescue centers across the world. Indeed, once the owner realizes its dog is of ill health, he or she is unable to cope with the cute dog they purchased.

Puppy mills and unethical breeders are happy to come up within months with what the public suddenly likes, regardless of the health consequences on the dogs. Social virality likes tiny dogs so some breeders execute and breed tiny dogs despite horrible health problems. Often the female dogs are bred too young and, once they reach a point of physical depletion and can no longer reproduce, they are left to depletion until they die. They are sold and produced in mass, generally at only 8 weeks, with extreme health issues to anyone who will buy them. Pet stores are the most susceptible to be purchasing them without knowing the real background of where the dogs came from, since their customers are not interested in it either.

This following of trends and then capitalizing on a dog’s life for monetary reasons is one of the sad realities of dog breeding today and because so many of these breeders are operating without oversight, it is impossible to accurately track them or to know how many there truly are. In the US alone, there is an estimated 10,000 according to the American Society for the Prevention of Cruelty to Animals.