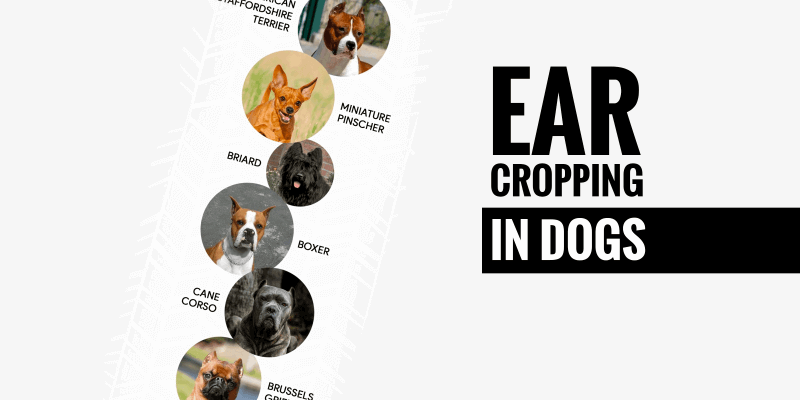 Ear cropping is an elective surgery for puppies of particular types or breeds, usually occurring right after birth. It is more than 300 years old; however back then they were cropped for protection from bears, cattle, wolves, and foxes. For the past hundred years or so, cropped ears are often requested more for cosmetic purposes than for the dog’s own sake.

What Is Ear Cropping?

Cropped ears is a process in which the ears of certain breeds are transformed to look alert and erect. The process can only be done by a licensed veterinarian and only if the owner is dedicated to the pet’s post-op with any aftercare that is needed. Dog ear cropping is usually done whenever the pup is 8 to 10 weeks old.

This procedure is always performed with general anesthesia. Both ears have many nerve endings. Meaning if there were no anesthesia the dog would be in extreme pain. The cropping is done by removing about two-thirds of the pinna, also known as the floppy part of the ears.

How Much Does Ear Cropping Cost?

Ear cropping can also have a heavy cost. It ranges anywhere between $150 to more than $600. I wouldn’t recommend going for the cheapest of the cheapest vet you can find; many factors go into the price besides just the quality of the vet (rent, staff, equipment, etc.)

A fair price would be around $300 but it also depends on your location. Some vets will also include additional costs such as post-surgery medications or even offer to keep the dog for a day or two after surgery.

Dog owners of many breeds have their puppy’s ears cropped — however, the American Kennel Club and general public accept cropped ears for the following breeds:

Many other types of dogs have these cropped ears but because they are not defined purebred dogs, it is difficult to pinpoint them here. We’ve created a nice infographic listing some of these most popular dog breeds with cropped ears; feel free to share it on social media and your website!

Currently, the most common ear crop styles are short and show styles.

Why Is Ear Cropping So Controversial?

Cropping has become a controversial practice in recent years, with many owners and activists believe that it is cruel to have a puppy go through the pain of surgery just for appearance. Cropped ears are believed to be best for a breed’s trademark appearance to some owners. Cropping may, in some dog breeders’ minds, enhance a dog’s appearance but it could also leave the dog scarred and the ears damaged.

On the other end, some dog breeders believe that cropping ears lessens the risk of ear infections. James Serpell, director at the Center for Interaction of Animals and Society at the University of Pennsylvania, says that 80% of dogs don’t get ear infections and the breeds who will more likely get them (e.g. spaniels and poodles) don’t generally have their ears cropped.

The AKC has no rule requiring ear cropping but the organization definitely recognizes it as a valuable tradition in the history of some breeds. There is no chance to score uncropped show dogs of a breed higher for conformation. Dog owners who wish to show their dogs feel often feel pressured to crop so they can play in the ring. Since being established in 1884, the AKC’s stand in the cosmetic procedures is to meet a breed’s standard, and some of these standards will traditionally require a trim of the dog’s ears.

Since 1976, the American Veterinary Medical Association who sets standards for excellence in veterinary medicine, recommends to the AKC and other breed associations to not mention cropped ears in breed standards and not to show dogs who have cropped ears. In more recent years, suggestions have been made for tail docking as well.

What The Law Says On Ear Cropping For Dogs

Cropped ears to some people is unethical and cruel. Owners believe that it is the normal for some breeds and other believe it is better to leave them natural. In British Columbia, Canada the College of Veterinarians have banned ear cropping of dogs for any cosmetic purposes stating it was an unethical practice. Other areas where ear cropping is illegal include:

The laws and regulations on ear cropping and tail docking are changing fast and it is your duty to constantly be aware of the current situation in your local area.

In some countries the law in binary — it is allowed, or not — whereas other places like the United Kingdom will allow it in specific conditions or performed in a specific way. Because of the importance of the topic, please triple check with the right official authorities and their websites.

In the United States, the American Veterinary Medical Association has clarified the state-specific policies on dog ear cropping:

There are currently nine states that specifically regulate ear cropping of dogs:

Connecticut, Maryland, New Hampshire, New York and Pennsylvania all prohibit ear cropping except by a licensed veterinarian while the dog is under an anesthetic. Maryland law also stipulates that the ear cropping must be “appropriate on the animal.”

Let’s look at what both the surgery and the ear cropping aftercare period look like.

During the cropping surgery, the vet makes an opening and cuts each ear. This starts from the top and goes to the bottom of the ear. This will give the ear a pointed look. This is not the end. The rest completely depends on the owner.

When the vet is finished with the cut, a kind of rack that is made usually out of aluminum is used to lengthen the ears and hold them to erect. After stitches are in the dog’s ears, they are securely taped. The owners should expect the dog to stay with the vet for the next night or two to make sure nothing serious occurs (infections.)

General anesthesia is used to block the pain. Some vets will give pain meds after the surgery if the puppy visibly experiences discomfort. Some dogs will even have phantom pain from the missing appendage just like humans do.

The first week after surgery is vital for the puppy. Since cropping is usually done between 8 and 12 weeks the puppy will usually experience distress from the procedure. E-collars or Elizabethan collars are commonly used to keep the puppy from scratching and messing with his ears, which can consequently result in more stress. Constant monitoring is needed as the racks on the puppy’s ears are far from comfortable and the puppy could hit or rub his head against things which will just further the pain. 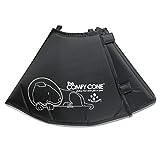 The rack or tape that is put in place will need to stay for at least 21 days. It is recommended to use disinfectant around the edges of the cropped ears two times a day. As well as an antibiotic ointment. The longer you wait to rewrap the ears the better.

After the first week, if the rack comes off the ear will still need to remain wrapped. Be sure to go to all vet appointments and follow all instructions to take proper care for the puppy. If the ears become unwrapped call the vet and make sure to take the puppy in as soon as possible. Ask your vet how to do a temporary dog ear posting (video here) until you are able to take the puppy in.

In conclusion, the choice of whether or not to crop your dog’s ears is yours entirely. Discuss the matter with experienced, trusted and highly reputable dog breeders, judges, and breed clubs, in order to get more opinions over it. Weigh out the cons versus the pros then make your decision.

You should make the decision based on what is best for your dog. If you decide to go ahead, you must get some time off work to dedicate yourself for several days to the aftercare that is needed. This is the type of procedure that will take a ton of patience and you may receive bad words from people finding such practices almost criminal.