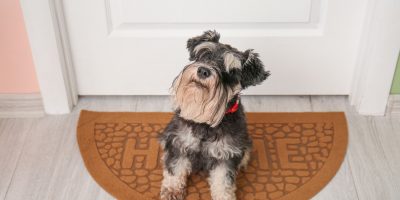 Dogs are complex creatures. For about 40000 years, they were domesticated and still they raise much curiosity. Dogs know its feeding and walking time. Many thought, do dogs have a sense of time? Or is it just purely instincts?

Do Dogs Have a Sense of Time?

According to Tara Yarlaggada, animals and nature reporter at Inverse, dog owners may have encountered myths that canines don’t have a sense of time. Also, she added that according to that so-called myth, dogs might have little understanding between 2 minutes and two hours.

Meanwhile, Yui Shapard, veterinarian, and advocate of One Welfare did a thorough scientific investigation of canines. She stated that time itself is a human-made concept. Moreover, she concluded that dogs experience time but not how humans experience it.

Dogs have a sense of time but lack its notion, says Charlotte Corney. According to her, dogs become progressively anxious when alone, and thus, that indicates their awareness of time movement. Further, although dogs are aware that time passes, they still don’t have the complete knowledge to grasp the idea behind it.

Do dogs have a concept of time? Although many research studies were conducted, the answer to that is unclear. “We don’t know really know what a dog’s understanding of time is since they don’t talk and we can’t actually ask them,” says Andrea Tu, Medical Director of Behavior Vets New York.

Can Dogs Measure Periods of Time?

How dogs understand time is still such a mystery to us. It seems that they stunningly know how to read clocks since they surely know that it’s time for you to go home or it is time for them to eat.

According to a study published in the Journal of Applied Animal Behaviour Science, dogs welcome their owners with a lot of eagerness when they’re left for longer hours compared to leaving them for shorter periods. Also, they added that in that manner, dogs can really tell whether you came back from a 15-minute trip or an eight-hour work day.

How Can I Help My Dog Understand How Long Until I Get Home?

Cathy Madson, a lead trainer at Pupstanding Academy and a dog behavior expert gave emphasis to routines. Moreover, Chyrle Bonk, a remote veterinary consultant, said that as pet owners, we should try to leave and return at the same time every day, so dogs know when to run and expect us.

How do dogs perceive time while you’re away? Katherine Pankratz, a well-known clinician at Animal Behavior Clinic, stated that dogs don’t have clocks, so they don’t know how to read the time.

Dogs relate gestures such as putting on make-up and sneakers with going out. Thus, as dog owners, we can help them understand that make-up is for work and sneakers are for errands. In that way, they can differentiate that work takes longer hours while going out for errands requires a shorter period.

Humans have two memories: episodic and semantic. However, according to cognitive scientists, dogs often use semantic memory and not episodic. We observed how canines recall persistent verbal commands such as sit, stay, and wait, right? Well, that is due to them imprinting those actions into their semantic memory.

A study at Eötvös Loránd University stated that dogs may remember things that they watched or encountered even though they don’t seem to be important. Moreover, Dr. Tu said, “Dogs remember something upsetting happened. They may not know when, but they’re able to form associations.”

Do Dogs Get Bored?

Dogs get bored. Well, if they get bored that must mean that dogs know time, right? Their time is in the ratio of 1:7 which means an hour feels like 7 hours for them. Dogs understand time differently because they get bored when they’re alone or when there are no toys around, and even when you don’t give them their favorite food.

For the record, anxiety can make dogs bite and scratch. Moreover, when dogs go bored they tend to look troubled and uneasy, and thus they start to chew, dig and even bark very loudly.

Things Your Dogs Can Do When You Are Away

As a pet owner, you might have thought along the lines of “can dogs tell time when I’m away?” Since that thought is uncertain, it’s rational to never leave your dog alone for hours. However, if unavoidable, here are some things you can do for your dog while you’re gone:

Although dogs surprisingly seem to understand time, according to studies, that concept is a little bit unclear. Yes, dogs may understand time, but they are not using the same clock as ours.