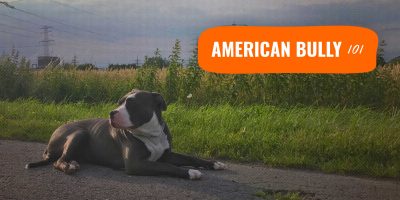 Due to popular demand, we’ve opened a new blog category: Bully Breeding. The American Bully is a recent breed that started in the 1990s and it is now evolving with its own time with an active community like no other.

We wanted to start from scratch and go back to basics with a post defining what the American Bully is today in 2016. Because the breed is not completely set and keeps on infusing itself with other breeds, you will often see breeders arguing between themselves about what a real American Bully dog is or should be. This only happens because we are at a very early stage in the creation of the American Bully as a breed. Some influent breeders want to go in different directions, some stay loyal to the first specimens, so it can get a little confusing.

History of the American Bully

The American Pitbull Terrier is a driven dog, sometimes with animal aggression tendencies, while the American Staffordshire Terrier was mostly bred to be a show breed used in the conformation events because of its calm and easier-to-handle temperament.

The vision that started the American Bully breed is the wish to have a powerful and muscly dog that has a lot less work drive so it can make a perfect protective yet gentle home pet and companion.

A first solution was to tame the temperament of the Pitbull but it seemed difficult, especially internationally where the American Pitbull was a banned breed so impossible to work with. This is where a new breed became the solution: The American Bully.

It is generally admitted that the American Bully was founded with the cross of Pitbulls and Amstaffs, though it is also commonly accepted that some Mastiff and Bulldog blood has been injected in the breed early on and still is today. American Bully breeders will exclusively use these breeds to come up with their own preferred version of the American Bully.

Unique in many ways, an important fact with the foundation of the American Bully is that several breeding programs started at different locations in the United States with no contact between the breeders. Geographically centered in Virginia and Southern California, the bully breeding project quickly spread across the country with bully breeders wanting to move the breed to different directions since no standard was yet made official.

Standards developed by the ABKC and the UKC have been accepted throughout the community and declare several types within The American Bully breed. This way, it kept most of the community happy and it is also a great marketing device since XL, Pocket, and Extreme are impactful words that sell. These standards helped the breed going in one clear direction, at least in the dog show circles.

Casual breeders still follow their own ideals but with times, most occasional and professional breeders should gather on that same standardized path and move forward united.

It is important to explain that, although the American Bully originated from repeated crossbreeding between Pitbulls and Amstaffs, it is now a breed in its own right.

Yet, because the Bully breed is still being defined and clarified year after year, the appearance and temperament of its specimens will keep on evolving for some time and more Pitbull, Amstaff, Mastiff or Bulldog blood will be brought into the breed to fix the traits desired within the community.

The American Bully should give the impression of great strength for its size. It is a compact to medium/large size dog with a muscular body and blocky head, powerful in its movement and should display effortless movement at the same time. It is keenly alive and alert to its surroundings. The American Bully should have the appearance of heavy bone structure with a Bully build and look.

The American Bully is a companion breed exhibiting confidence, a zest for life, along with an exuberant will to please and companionship with their family. This making the American Bully an excellent family companion. Despite the American Bully’s fierce and powerful appearance, their demeanor is gentle. They are great with kids and extremely friendly with strangers, other dogs, and other animals. Human or dog aggression, extreme shyness, or viciousness is very uncharacteristic of the American Bully and is highly undesirable.

It is important to note that all colors and patterns are accepted though the coat must be close and short. There is no particular weight for the breed but there are height and weight ratio restrictions for the bully’s varieties explained in the below section.

Because the American Bully Breed went into various directions, it was important to create different types accepted and standardized within the official American Bully standard.

The American Bully Classic, Or Extreme

This is an amendment to the basic standard in which a Classic Bully is determined by its lighter body structure and build. Both sex dogs with lighter body frames and less overall body mass, but still exhibiting “bully” traits.

Here are some examples of what can be considered as bully traits:

Classic Bully to give the appearance of bullier, old style American Pit Bull Terriers and/or American Staffordshire Terrier, which made up the origin of the American Bully.

The Future of The American Bully Breeding Programme

With a great standard now in place and different types clearly defined, the future of the breed lies in the community following the guidelines and evening out all the specimens out there labeled as American Bullies.

Once most of the breed’s specimens, whether officially registered or not, look similar and are clearly identified, it would mean that the breed as matured and can be taken more seriously by bigger organizations such as The American Kennel Club.

This is why many influent figures of the bully community push conformation show so the breed sticks to its standard and non-confirm specimens get discarded of their breeding programs.

As soon as The American Kennel Club shows full recognition of the American Bully, it will send a strong signal internationally and develop the breed even more, especially in South Africa where the breed is already hype and other English-speaking countries.