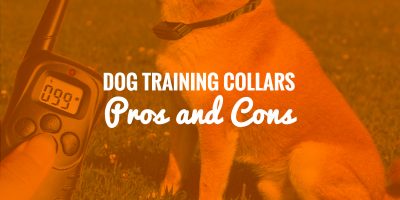 Frequently described as ineffective and cruel methods of dog training by animal welfare activists and partisans of positive reinforcement, these training collars are used and loved by many dog lovers who use them professionally such as dog trainers and hunters, especially with spaniels and retrievers.

Useful for various purposes, you can contain your dog in a safe area thanks to wireless (or wired) dog fences, avoid nuisance barking with anti-bark collars or training your dog for obedience with the remotely trained collars.

So, what does science say? Well, several reports have been released over the last decades but they are all contradictory: one depicts how painful it can be, another says it is only unpleasant like a tap on the bum, and some scientists have come to the conclusion that dog shock collars are harmless for dogs.

Pros of Shock Collars for Dogs 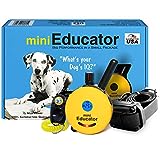 To defend e-collars, many from the advocacy side say…

On the other side of the pitch, detractors also have their elements to bring on the table…

It is more about people’s beliefs and ideology than about facts. I’m sure you all got a slap once in a blue moon when you were younger and did foolish things, dog shock collars are pretty much the same to dogs. It is obviously not painful when used correctly, but it is indeed unpleasant or for the gentle ones, simply annoying, like with spray collars and dog silencers.

A great study by Schalke & Al. did show that reasonable handlers who used e-collars smartly kept their dog free from long or short-term noticeable stress.

From this the researchers concluded that the dogs who could clearly associate the shock with their action (i.e. touching the prey) and as a result were able to predict and control whether they received a shock, did not show considerable or persistent stress.

What causes the abusive scenarios with these collars is the person having the remote in hands: if you gained 5kg, don’t blame the spoon, blame yourself. Here too, dog handlers need to learn how to use them and the best way is to start with the lowest stimulation level and slowly increase…

To sum this up, these are simple tools to eradicate undesired behaviors but dog shock collars should be used and handled with care and attention: