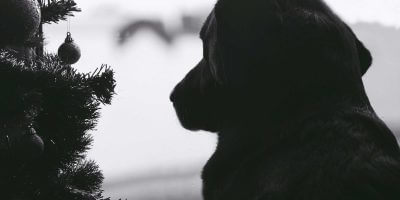 The menopause is commonly defined as the cessation of a female’s reproductive cycle (estrus for dogs, monthly for women) and the end of the childbearing period of that female’s life. Unlike humans, dogs do not experience menopause. A female dog’s fertility will decrease with age, even sharply once she grows senior, but pregnancy is still a possibility even if it carries more risks.

In humans, the woman entering menopause will never be able to go through pregnancy again. Her ovaries have stopped producing the estrogen and progesterone hormones, resulting in the end of her menstrual cycle from then on.

Female Dogs Don’t Have a Menopause

In canines, the female is technically fertile throughout her entire adult and senior life but that fertility will decrease. The dog breeder may need more attempts to get a successful pregnancy. Each pregnancy may be more difficult to go through for the bitch, and her whelps are at a higher risk of being stillborn.

The only way a female dog is unable to enter her estrus cycle and get pregnant is once she’s been through an oophorectomy — removal of her ovaries — or a hysterectomy — spay procedure.

What Happens To Older Female Dogs, Then?

A female dog will start being sexually fertile from her first or second year of age, depending on her size and breed. From then on, a female dog will be in heat roughly twice a year, sometimes three or four times for smaller breeds. Pregnancy can occur at each of these cycles if she is successfully mated with a male during the estrus phase of her heat.

When female dogs grow older, and reach an age comparable to menopausal women, they can still become pregnant. However, their estrus cycles become less frequent and can be as rare as once a year. Abnormal heat cycles are also very common with senior dogs and include silent and split cycles.

When Is a Female Dog Too Old To Be Bred?

Because female dogs do not experience menopause, they hold their ability to bear a litter of puppies until they die. However, the older a female dog gets, the least fertile she becomes, and the thinner the chances of a healthy pregnancy are. Unfortunately, there is no age and like most sexuality-related points with dogs, they are very much based on the breed and the size of the bitch.

The prime time for breeding a female dog, when fertility is at its peak, is between 18 months and 7 years old. On average, from seven years old, the bitch starts going through more abnormal and infrequent heat cycles which decreases her fertility as the female ages.

If you got lazy and didn’t feel like reading the article, here are the takeaway points about female dogs and menopause:

Make sure you look at our other articles related to female dogs, heat cycles, and breeding dogs.