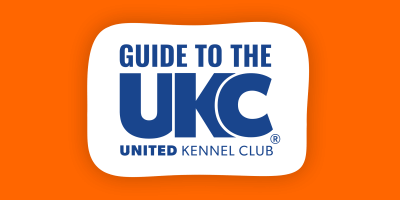 The United Kennel Club, or the UKC as it is popularly known, is an international-level dog registry. It is over 100 years old and was started as an alternative to the AKC, the American Kennel Club, the leading kennel club in North America.

The UKC is growing in popularity in the United States of America, especially for hunting and dog breeding aficionados. While the American Kennel Club is broad, the United Kennel Club focuses particularly on breeders of hunting bloodlines.

History of the United Kennel Club

The United Kennel Club was founded by Chauncey Zachariah Bennett. He emphasized breeds that were used as Working Dogs with a leading ideology – the Total Dog. What started in the confines of his own home, slowly spread further afield. Bennett may have started the UKC as something to do in his free time, but eventually, it became his full-time obsession. His wife got involved with the United Kennel Club too and started a magazine called Coonhound Bloodlines devoted to Coonhound dogs – it was an instant hit.

When Mr. Bennett passed away, his daughter Frances Ruth took charge of everything, including the various publications. The reins were eventually passed on to Dr. Furham, Ruth’s husband, who gave up practicing medicine so that he could focus on the UKC. By 1945, the UKC had moved to a much bigger office. And by 1960, they were already conducting large-scale dog shows, trials championships with their owners and breeders.

In the 1970s, Furham sold the business to Mr. Fred Miller, so that he could spend more time with his family. Mr. Miller took the United Kennel Club to new heights before passing away in 2000. The reins were now in the hands of the Vice President, Mr. Wayne R Cauvanaugh, who digitalized the UKC and introduced a whole lot of new concepts to the UKC. Mr. Cauvanaugh currently looks after the business.

Since its inception, the UKC has been more focused on recognizing and rewarding the Total Dog, aka the healthy working dog. In order to be a Total Dog, the dog needs to be equal parts of each:

They need to be a good-looking dog that is used for purposes beyond just being a household pet. So shepherd dogs, therapy dogs, and rescue dogs all make it in. Basically, they have to be pets with a purpose.

Purpose and Role of the UKC

The United Kennel Club is firstly, and most importantly, a dog registry that focuses on all working dog breeds.

The UKC also oversees the canine population, bifurcating between breeds, with the help of their registry. It is a one-stop database for dogs of all breeds. The club also runs its own classified section for the buying and selling of dogs.

The UKC website is a leading platform for all dog matters. It serves as a front and showcase for anything the company decides to focus on.

The UKC is the second largest breed registry in the USA. Once a dog is registered with the UKC, it can participate in UKC events and can be tracked when further bred.

The UKC is not as strict as the American Kennel Club, which makes it a great option for dogs who cannot be registered under the AKC’s stricter guidelines. For example, for a dog to be registered with the AKC, its parents also have to have been registered with them. The UKC follows no such rules and divides its breed registrations into three types:

The UKC vs AKC is a hot topic among breeders. The United Kennel Club has its own set of rules and regulations, through which they determine the pedigree and value of a breed. They also provide licenses.

The United Kennel Club is playing a huge role in preserving the hunting heritage of dogs. They believe that dogs are essentially hunters, and by domesticating them, we should not smoothen that out of them.

So to preserve the culture behind the joy of hunting as a family sport and to encourage dogs to keep their instincts intact, the UKC organizes regular hunting events and competitions. These events work by simulating hunting-like situations, without using game (because it is illegal and considered cruel). They promote a joyous atmosphere to rejoice in hunting as a recreational family event, recommend hunting dog supplies, and more.

Every dog is given the right kind of simulation to activate its wild instinct and act upon it.

The United Kennel Club runs a lot of events with the aim of certifying dogs that possess certain good qualities. Dogs are given a task and each dog, according to the breed it has been registered as, will have to meet predefined yardsticks to be awarded.

The rules are laid out according to the breed’s ability to carry out that particular task. They are then judged according to that information. The UKC organizes performance-based events – judging dogs by their ability to dock jump, race and even pull weights. Obedience and ability to sniff out things also feature on the event list.

The UKC allows every registered dog the opportunity to utilize and showcase their unique abilities. Some dog breeders are very competitive and only attend top-level competitions and trials, while others just do it for the fun of it.

The United Kennel Club is a hardcore lobbyist for dog breeder and owner’s rights.

Not only do they spotlight the pains and problems of breeders, fighting for their rights, they educate dog owners and breeders who don’t know their basic rights. They help to make laws and get deeply involved in any issue pertaining to dog-owning rights.

The UKC also helps you get in touch with lawmakers if you are facing issues regarding your pet. From help with registering your dog to help on transporting your dog to a different country – the UKC offers legal assistance in every way possible.

Feel free to contact your local UKC representative if you want to report a bad dog breeder, for example.

The United Kennel Club was formed with the aim to provide an alternative to the much stricter American Kennel Club. While the AKC has a lot of barriers to cross to get your dog registered, it also bans the registrations of certain unknown or hybrid dog breeds. This isn’t the case with the United Kennel Club. However, it does have its own set of regulations, which are pretty tight.

The following are the different UKC registrations currently available.

In order to be eligible for registrations, the litter must be younger than 12 months of age. The litter will only be registered once confirmations from both the owners of the dam and that of the sire are received. Failing either of the conformations, the registration will not take place.

The UKC offers some leeway when it comes to registration. The option for permanent registration is one of them. It only gets the dogs a basic registration at the UKC.

While a permanent registration enables a dog the privileges of being a UKC registered dog, it does not guarantee their entry into the events and championships held by the United Kennel Club.

This is applicable when the parents of the litter are not registered with the UKC, but the owners still want to register the litter. In this situation, the owners of the dam and sire must file for permanent registration of their non-UKC dogs.

This type of UKC registration is not allowed online, so it needs to be sent by mail with all the appropriate documents attached.

The United Kennel Club takes in single dogs who have no previous registrations and whose ancestry is unknown. This works exceptionally well for abandoned pets who are found without any background and are required to start life afresh.

This is one of the most flexible options that the UKC offers. Not a lot of kennel clubs tend to offer this kind of flexibility when it comes to dog registrations.

The UKC has strict breed standards and specifications that must be met in order to register a particular dog. If not met, the registration can be denied, even if the dog performs excellently well at the required tasks for the breed.

Performance Listing Registrations are another excellent display of flexibility by the UKC. This is in keeping with their motto of laying emphasis on the Total Dog – a well performing and healthy dog, regardless of their breed or ancestry.

However, the constraints here are that the dogs who are registered do not get all of the UKC’s privileges. They are not qualified for breeding purposes or litter registrations.

What they can do is participate in events and showcase excellent showmanship at whatever they are good at. Hunting, sniffing, racing, and other event types are all areas in which they can perform, regardless of their pedigree.

The United Kennel Club allows litters sired by two dogs to be registered. They do have a longer procedure for these dogs, but the good news is that the dogs from the litter receive full privileges and are eligible for all championships and competitions.

However, the first and foremost requirement for a dual sired litter is DNA testing. A lot of paperwork goes into this registration because every sire and the dam along with each puppy need to be swabbed. So multiple DNA test kits will have to be bought (and they’re expensive).

Each DNA report has to be labeled and sorted into different envelopes. The UKC numbers of the dam and sire should be mentioned on the envelope (there can be multiple). As for the pups who don’t have a UKC number, any type of identification has to be included (a call name will also do here).

There is an extensive application for a dual sired litter that needs to be filled and submitted with all the required documents. A dual sired registration also cannot be done online and requires one to fill out the application form manually and mail it to the United Kennel Club office address.

After the DNA of each pup is verified, the UKC will send DNA certificates for each pup. The owner and/or breeder will have to file for a Permanent Registration for the pups. After this is done, your litter will be registered with the UKC as normal pups. However, you will still need to keep the DNA certificates for the dog’s life.