Sexing puppies means determining the sex of puppies. When you are breeding dogs, knowing exactly how to determine the sex of puppies is crucial. It’s the first step towards knowing your whelps and caring for them. It’s also important to know the sex of the puppies before advertising them.

Dogs are a relatively small animal in comparison to humans, no big news here! Therefore, it is nearly impossible for a veterinarian to determine the gender of puppies during the pregnancy. Genitals are not yet developed enough, the size is incredibly small, so it wouldn’t be accurate at all. However, at birth, it’s a piece of cake!

When Can You Know The Sex of Newborn Puppies?

At birth, so within a few seconds, you may be able to already find out the sex of the puppies right away by looking at the genitals. It’s very straightforward to see some differences. Right after you have dried the newborn puppies, you can already tell through the penis and vulva that is almost always seen from birthtime. Look at the abdomen and go downwards to see if the puppy is a male or a female.

If you find it difficult to know right after birth due to your puppies not developing enough yet, wait until the puppy is cleaner and check few hours later. You may also find it easier to differentiate the two sexes days later if you are truly inexperienced since the male puppy’s testicles will become further developed.

Determine the Sex of Puppies During Pregnancy?

Unlike humans that can undergo an ultrasound, most people find it hard to determine the sex or gender of their puppies before birth, as the puppy has not been fully developed yet during those stages of development. Some people believe faster heartbeats monitored using ultrasound in a puppy indicate a female but there is strictly no proof of that whatsoever.

Only in very exceptional circumstances a vet will be able to judge whether a puppy is a male or a female during the mother’s pregnancy. Dogs are too small of a species, with even smaller genital parts, that it’s impossible to judge until after birth.

How To Determine the Sex of Newborn Puppies

In general, it is important for most pet owners, especially breeders, to know the sex of their puppies right away in order not to make a mistake when someone wants to adopt them. This is because some people prefer a specific gender, so you can assure them by looking for signs.

Here are some pointers on what to look for in both genders of puppies:

Physical Signs to Look For in Females 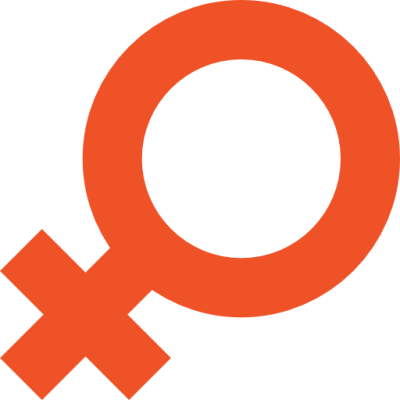 The vulva of a female puppy will be situated even lower than the penis of the male pup, from the lower abdomen up to the tail. Female pups will have two rear end holes:

At the end of the vulva of the puppy, it is slightly pointed and wide at its base when it comes to its shape. A vulva would obviously indicate that you have a girl puppy.

Urinating habits of the puppy are not a reliable source of information for finding out the gender of the pup. While it is true that most female dogs squat when they urinate, both genders squat during relieving when they are very young and boys just develop a different habit of urinating as they grow up and develop.

In addition to the slit opening, a leaf-like shape contained in the vulva can be seen in female puppies. This is highly different from the dot-like appearance from a male puppy’s penis.

Lastly, if you think only female dogs have nipples then think again – both genders of puppies have nipples like humans and other mammals, so they aren’t a reliable sex determiner.

Physical Signs to Look For in Males 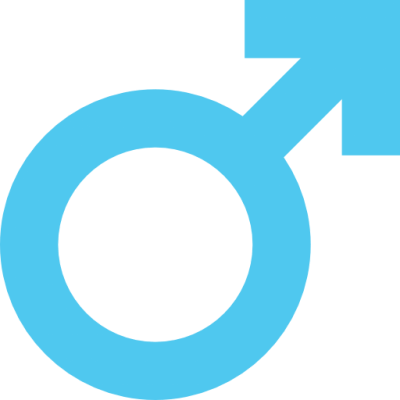 Generally, newborn pups, like humans, have kept their umbilical cord for a few days, which is what connects them with their mother. Some people who are inexperienced with raising puppies can make a mistake and think that the umbilical cord may be the penis of a young pup. It’s obviously incorrect.

A bone called the baculum, or os penis, develops in the male dog and this is something to note. In addition to that, the penis of a male puppy may have some hair, like that of human genitals.

Finally, and here again, urination habits aren’t of much help at these early stages since both sexes use the same positions to pee.

What to Do When Still Unsure

Not every puppy in the world will have the same profoundness in their genital areas which makes it harder for most people to determine their sex. If you still can’t tell which puppy is male or female then it may be best to consult a veterinarian to ask some questions about your puppy’s gender. When you start weighing your puppies, you can also check them each week for development signs.

Lastly, the larger the breed, the larger the genitals, and the easier it is as a dog breeding to tell the sex of the puppy. On the contrary, small and toy dog breeds may need you to wait a few weeks to see genitals clearer and assess the gender with more confidence and accuracy.

How to Handle Newborn Whelps With Care

There are many things that you might accidentally do for puppies to get rejected by their mother and this is why it is more advisable to consult a vet or a breeder to tell if your puppies are male or female.

However, here are some things to know if you want to handle your newborn pups to determine their gender by yourself:

Below is a simple video showing various situation in which a dog breeder may need to handle a puppy, and how to do it the right way.