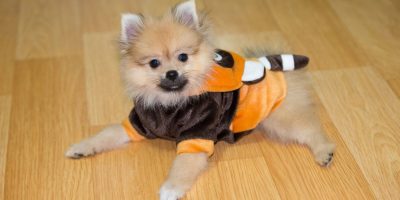 Pomeranians are currently amongst the most talked about and debated breeds, and as many of you know we strive to unravel complex debates with the help of breed experts. Not self-proclaimed master dog breeders or the likes, but rather experienced breed judges, dog handlers, show winners, etc.

We asked Gill Taylor to write an article about what is happening to the Pomeranian, as a whole, as a breed. She has been prompt to accept our offer and we want to show her gratitude. Gill has owned Pomeranians for over 30 years and judged them at Challenge Certificate level (referred to as CC level).

In addition, Gill has the judges’ diploma and dog breeders’ diploma as secretary of the South of England Pomeranian Club for 14 years and chairman. She is always happy to try and educate new owners on all aspects of Pomeranians.

Without any further ado, here is Gill Taylor’s first article on the Pomeranian breed, dog breeding, and its future.

I have been asked to write a small piece concerning Pomeranians. First I should like to introduce myself. My name is Gill Taylor and I have been associated with Pomeranians for more than 35 years. It is a delightful breed and although small in size they are very large on personality. They are easy to train and can manipulate their owners into spoiling them outrageously.

Once past puppyhood, Poms are a robust breed and many never see a vet, unless for vaccinations and maybe teeth cleaning. They can be noisy and feisty if allowed, this should be stopped in puppyhood as an older Pomeranian with a suspect temperament is no one’s friend.

On the whole, the temperaments have improved and we rarely see a vicious Pomeranian today. But it is because they can and will defend themselves that they don’t make suitable pets for young children, they won’t stand for being pulled about and treated like toys.

I have always been more interested in showing than breeding. So for the most part, I have brought dogs into the show from good kennels who bred the lines that I liked. In doing so, I have had a reasonable amount of success. However, I have had enough litters of Pomeranians to know the pitfalls and heartbreaks involved. I also believe that the way forward is by educating people.

So if you are thinking you would like to take this breed on, continue reading.

If you are going to get involved with the breed, then there are several things to keep in mind when breeding Pomeranians. Until early to mid-1980’s Pomeranians and German Spitz were considered one breed split into three sizes:

In many countries, this is still the case today. We, however, separated the breed and they are no longer allowed to interbreed. In the same way, long and short-coated Chihuahua should not be mixed.

However, due to this fact, we sometimes get throwbacks in that some puppies grow a lot bigger than a normal Pomeranian. They are still pedigree dogs and look like Pomeranians, just much larger. These should never be confused with puppies bought from sites like Epups and similar sites often sold cheaply, these look like pomeranian puppies, but are often mixed breed, and don’t look anything like the average Pomeranian in adulthood.

A Pomeranian should be no more than 5lbs in weight. THERE IS NO SUCH THING AS A TEACUP POMERANIAN. Any Pomeranian small enough to fit into any size teacup should never be bred from. Be careful with designer breeds such as Pomchis, too.

Bitches should be a little bigger than the dogs. Dogs should be 4 to 4.5lbs in weight, and bitches up to 5lbs. If someone is advertising teacup Pomeranians run a mile in the other direction. These are often weak sickly puppies being sold by people who know less than nothing about the breed.

Unfortunately, Pomeranians do not always breed true. That is to say, putting a well-bred dog of the correct size to a well-bred bitch of the correct size, does not automatically give you small puppies and the size of the puppies does not tell you the adult size of the dog. I have had tiny puppies grow on and big puppies stop at 3 months. It takes years of breeding and getting to know your and other people’s bloodlines to be able to tell how a puppy will turn out. As pointed out this is due to the fact that they were once interbred with the German Spitze and we still get throwbacks today.

It is, for this reason, you must study pedigrees and get to know the breed as well as possible before you embark on breeding them.

Pomeranians are not a get rich quick breed. Decent well-bred Pomeranians of the correct size rarely have large litters. It’s more often one or two, sometimes three, and very rarely four puppies.

…finally, you get her mated! Then she has one puppy by cesarean section, the cost of which can be anything from $800 upwards. It is at this point that you start to realize why they are so expensive to buy and why it costs more to produce pom puppies than it is to produce some from other breeds.

Assuming that you are abiding by Kennel club rules, you have to consider that you can only have one litter per year. No bitch should be bred from more often than that. She should be over a year old before her first litter and only four litters in the bitch’s lifetime… and I believe that you cannot register puppies after the bitch is 8 years old.

The Kennel Club will not accept an application to register a litter when:

There is quite a high level of loss in puppies. This is for various reasons, and can also happen in any breed but more often in toy breeds. Anyone breeding any breed of dog must be able to accept that puppies may die inexplicably at times. It is tragic and heartbreaking but an unfortunate fact of breeding any dog, nevermind toy breeds. Those of us who love this breed never get used to losing puppies.

So if you are thinking of trying to do this on a commercial level, which I sincerely hope you aren’t, then you are unlikely to ever make a very large profit.

Know The Breed, The Standard, The Bloodlines

We have six Breed clubs in the United Kingdom and all of them have the breed standard on their website, most have links to reputable breeders. Study the breed standard, talk to breeders and go to a few shows before you buy a puppy. Same for the United States, there are plenty of incredible Pomeranian breeders out there.

There is a list of allowed colors for Pomeranians. Rare colors usually mean that the puppy is not purebred. For instance, we don’t have blue merle as it comes from shelties.

Whites are very hard to breed but allowed. Black and Tans show from time to time and they can be very pretty but not allowed in the show ring. They can be bred from but only breeders who know the inherent problems should use them.

Don’t buy a dog thinking you can put it to stud, this will only work if it campaigned in the show ring and does some winning, even then you may never get the chance to use him. Most breeders don’t use pet dogs; they study pedigrees and the winning dogs in the show rings, then choose the dog(s) they want to use. They plan each breeding carefully.

There are many things that can go wrong in any breed of dog, and Pomeranians have their fair share of health concerns. Pomeranians suffer a lot from open fontanels, slipping patellas, heart murmurs, etc. It is therefore essential that you learn as much as possible concerning your own bitch and her pedigree before you start.

Don’t breed until you can commit for each pup, forever.

What about people having to return puppies, this can be for various reasons. Divorce, barking, trouble with the neighbors, kids’ allergies, and so on. Are you in a position to take the puppies back? You will have to try and find good homes for them. Then there is the high cost of vet treatment. Some dogs coming back to you might need operations or treatment for skin problems, teeth removal, etc.

Finally, can you hand-rear a litter if you lose the mother during a cesarean section? Have you got a whelping kit ready? These all are important things you should consider before you start.

Rearing of Your First Pomeranian Litter

All puppies should stay with the mother until at least 8 weeks old. During that time they must be fed properly, kept in clean condition, and wormed regularly. It is important puppies be kept at the correct temperature.

They will have to be registered with your kennel club and for this, you should register an Affix but it is not necessary. All puppies will soon need to be microchipped. You should also get them vet-checked before a sale and prepare your puppy packs including toys, leaflets, books, and all documents related to each individual pup.

All this costs money! People paying a large amount for puppies expect all to have been done properly. They are much more likely to sue today than they were a few years ago. The Kennel Club rules and legal laws concerning breeding are being tightened up all the time. Quite rightly, as far as I am concerned. It is your responsibility to keep up with the changes. Ignorance is no excuse in law.

So, Are You Truly Ready To Breed Pomeranians?

If you are not prepared to do everything correctly and in the proper manner then please stay out of our breed. We have enough problems with bad unscrupulous breeders and sad sick puppies as it is, we do not need anymore.

If however you love the breed and want to get involved and are willing to ask for help and advice then we will be more than happy for you to join us.