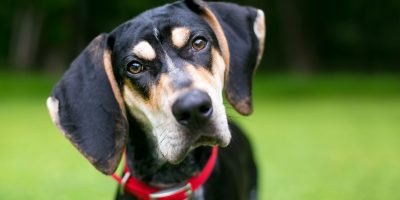 Every pet parent knows how sensitive a dog’s nose is, but a dog’s hearing compared to humans is another matter entirely. Sound is the result of the air around you vibrating. The sound is higher as the number of vibrations per second increases.

Hertz is the unit of measure of sound frequency; the higher this frequency, the higher the sound’s pitch. Studies show that the ability of animals to hear is far from uniform; some animals hear far better than others. So how does a dog’s hearing compare to your own? Can dogs hear better than humans?

When it comes to high-pitched sounds, our furry friends shine. Your pooch can hear sounds as high as 47,000 to 65,000 Hz. The lower range sits at around 40 Hz. As well as this, dogs can even hear sounds as soft as -5dB and -15dB. This means that your dog can hear sounds that are softer than you can detect.

Our canine companions owe much of their hearing ability to their predatory heritage. In the wild, a dog must have an attuned sense of hearing to prey on small rodents. Being able to detect these high-pitched sounds makes it much easier for dogs to pinpoint where the squeaking and scurrying of their small quarry are coming from. In the wild, keen hearing is crucial for survival.

Your dog’s ears are a work of art. 18 muscles control their ears, making it easy for them to move their ears – you’ll notice your pooch rotate, lower, and raise their ears to pinpoint a sound’s exact location. Certain dog breeds have ear shapes that also help to amplify sounds. If your dog has large, erect ears, the outer ear (pinna) helps to direct sound into the inner ear. In contrast, dogs with long, floppy ears may not be as perceptive to sounds, as the ear canal is partly blocked.

Your hearing is best at frequencies between 20 and 20,000 Hz. A human’s sense of hearing varies, though, depending on the condition of the ears and the nervous system. Humans are adapted for verbal communication, so our ears are especially attuned to hearing conversations. As such, the sounds that we take in every day generally range from 250 to 6,000 Hz.

Regarding loudness, humans start hearing from 0 dB. Sounds above 85dB are dangerous for our hearing, and 130 dB is the pain threshold. This upper threshold can do permanent damage to our hearing. Generally speaking, a normal conversation carries 60 dB. Other sounds that we perceive daily include traffic at 85 dB, pneumatic drills at 110 dB, and ambulance sirens at 120 dB.

So, can dogs hear the same as humans? Although dogs can hear in the same range as us, their hearing is far more sensitive than ours. Have any more questions or concerns about dogs’ hearing compared to humans? Check out our FAQ for more details!

Can you test a dog’s hearing?

The Brainstem Auditory Evoked Response (BAER) hearing test is a great way to evaluate a dog’s hearing. This test is as simple as placing electrodes on a dog’s head and giving them earphones. Sounds play through the earphones, and when the brain shows electrical activity, it can be said that the dog has heard the sound. While using electrodes may sound distressing, this test does not hurt the dog.

What can affect a dog’s hearing?

In dogs, hearing loss is the result of many of the same things that humans face. A dog’s hearing loss can result from infection, trauma, growths in the ears, aging, exposure to loud noises, and genetic defects. As always, it’s best to have your pup’s ears checked regularly by your veterinarian.

This preventative measure will pinpoint any signs of hearing troubles in your dog before they worsen. As well as this, you can keep your pup away from loud noises, including fireworks, hammering, loud music, and gunfire.

How can I help my dog with hearing loss?

When your dog experiences hearing loss, your ability to communicate with them using hand signals can offer greater safety and support. Dogs naturally communicate using body language, so they often understand the meanings of hand gestures quickly. Alongside hand gestures, you can find other ways to get your pup’s attention. These include creating vibrations by clapping your hands, for example. It is also a good idea to attach an “I am deaf” tag to your pooch’s collar for added safety.

Do dogs actually have better hearing than humans?

Dogs have more sensitive hearing than humans. They can hear sounds four times further away than people can. They also hear higher frequency sounds, can more easily differentiate sounds, and can pinpoint precise locations of sounds by moving their ears.

To conclude, dogs have more sensitive hearing than humans do. Your dog can hear sounds at a higher pitch than you can, as well as sounds that are softer than you can detect.