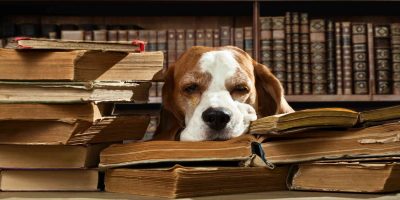 A few months ago, I published an article about why many dog breeders are drifting away from the official breed standards. This trend is solidly growing especially amongst newcomers in the dog breeding world.

Few hours after the publication, I received a bunch a hate mail in my inbox, along with a few insults on social media. To these people, I was insulting pedigrees. Read again guys, I am clearly not.

What Are Breed Standards, After All?

Originally, breed standards were initiated as a set of guidelines. These could be used to ensure that litters produced by a dog breeder conformed to the specifics of the standardized breed. Basically, it was describing what makes a German Shepherd a German Shepherds, and not a Pomeranian.

Breed standards are arbitrary designed by the ruling authorities such as the American & British Kennel Clubs, Federation Cynologique International, etc. Judges, breeders and fanciers are asked to follow these guidelines in order to be part of the pool of pedigree specimens.

No standard has actual (and serious) scientific studies to back up their choices. Each characteristic is purely arbitrary and chose by a few people who happen to be the decision makers.

Once you’ve got a standard, you’ve got a dog breed. One that is clearly defined so breeders can go ahead and keep on breeding following these guidelines. These are meant to force selective breeding in order to improve the breed. At least, this is the ideal ambition here.

Owning myself a pedigree Border Collie, I am definitely not against these standards. However, I am questioning their unchangeability and inalterability.

Why Many Are Fiercely Against Any Sort Of Change

There are so many reasons why a few breeders, judges and fanciers battle day and night to keep their breed standard as it currently is. They have their own logic behind their reasoning and some of their points are very valid, to be fair.

They Love What They’ve Always Known — If you’re a senior and you’ve spend decades with a particular breed, chances are you do not want to see it evolve. Phenotype, temperament, purposes, etc. All these can affect the long time lovers of a given breed. These people surely know the breed AS IT USED TO BE a lot better than all of us but perhaps the people who are going to spend the next decades with the breed should also have a say.

They Don’t Want Their Dogs To Devalue — If Pomeranians are lately becoming smaller and smaller, breeders who keep on breeding the same old Pomeranians of a bigger size are losing grip with what new owners want. Not necessarily because of financial motives, they simply don’t want their dogs less wanted. You may have your dogs do well in local dog shows but when it comes to sell them to regular homes, you may face a big void.

They Don’t Want Trends To Command — Many breeders are not drastically against any change within the breed and are happy to adapt. However, they are aware of the current social-first dominant philosophy where people want a dog today that they won’t even find cute two years down the line. Because of a trend, hundreds of breeders can change the entire direction of a given breed, and once the hype dies down, end up with sheltered dog and a dying breed with no cohesion anymore.

They Don’t Know Where It Will Stop — It’s like in a relationship, you can do compromises but you don’t want the other part to try and take advantage and constantly push the cursor a bit further. Wanting a dog breed to tend towards a different size, or towards the acceptance of other colors is conceivable for many breeders but what is too much? There will always be people asking for smaller, bigger, more colours, more muscle, more this and less that. Where do we drag the cursor and say “stop for now”?

I am sure there are many other reasons and feel free to write them in the comments section below.

To Conclude, Are Breed Standards Biblical?

The people who value the standards as they are right now and want them frozen are the people who actually matter in the dog circles: judges, kennel clubs, dog show organisations, clubs, etc. They surely never want their official breeds to be changed or even banned.

If you dare saying publicly that you would love your favourite breed to keep on following a path that would eventually ask for the standard to be altered, you are going to be described as a puppy mill breeder, hype follower and uneducated average Joe.

In dogs like in any field, change is difficult. But eventually, what has to happen will happen regardless of a handful or dozens of narrow-minded decision makers.