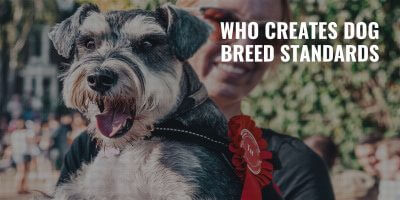 Creating dog breed standards is the responsibility of parent clubs of individual breeds, who then pass these documents down the chain to kennel clubs. There are several nuances and finer details of this subject we will be discussing. Consequently, by the time you finish reading this article, dog breed standards won’t be a mystery to you at all.

What is a Dog Breed Standard?

Dog breed standard creation follows rules defined by an organization. Voting will take place to pass these standards. If passed, breeders interested will then begin to follow these standards to earn a higher income or sell dogs appropriate for dog show standards. There is a parent club that creates dog breeding standards in the first place. This parent club may choose to create an entirely new standard, update an existing one, or let the standard remain as it is.

Why are Dog Breed Standards Created?

Dog breed standards are created to ensure that all the dogs of a breed look and act in a similar fashion. Also, breed standards ensure that breeders do not enforce unnatural and dangerous features on dogs like extremely smaller heads or snouts. Breeders have to follow certain standards like safety regulations. If dog breeders did what they desired and took no consideration about the expected outcome of breeding, dogs wouldn’t be what they are today.

Historically, dogs have been man’s best friend because they have been useful. Dogs have helped in history, and still help, in hunting, herding, protecting, and transporting. To make sure the dogs are able to do what they were bred to do, breeders have to conform to a set of rules. These rules are the breed standards. Breed standards make sure the dogs of a particular breed are healthy, have a characteristic appearance, and can do their job without a hitch. A dog breeding standard ensures that the breed has the same characteristics across the board.

Can a Dog Breed Standard Change Once Created?

Parent clubs can edit breed standards after creation. As dog breeds change, the breeding standards will evolve with them. For example, Huskies are more of a house dog than a working dog nowadays and the breed standard aims to reflect each breed currently.

Times have changed and as people have moved away from using dogs to aid in their work to primarily serving as companions, the characteristics and dog behaviors needed to be changed as well. Parent clubs add these changes in the breeding standards to ensure that future generations have all the desirable characteristics. So, whenever anything regarding a specific breed needs to change, the parent club proposes these changes. Members vote whether or not this change should alter the current breed standard.

You may still have some questions you need to ask, take a look at some of the more common ones answered below.

Dog breed standards are pretty important to follow as a breeder and especially those interested in dog shows. The dog breeds we see today are the result of thousands of years of selective breeding. Selective breeding made sure that only such dogs were bred that were fit for the job required of them. These practices resulted in breeds with distinct forms and temperaments.

Dog breeding standards are the guidelines of how to achieve these desirable effects from a dog. Dogs that do not follow breed standards often suffer from a variety of issues ranging from physical disabilities to behavioral problems.

The AKC does not create dog breed standards. Instead, parent breed clubs create the standard for their breed and send it to the AKC for implementation. The AKC, the American Kennel Club, is an organization responsible for implementing dog breeding standards rather than creating them. Dog breeding standard creation is actually the responsibility of parent clubs. Parent clubs create, update, and change the standards.

How is a Dog Breed Standard Changed?

What is Included in a Dog Breed Standard?

When it comes to appearances, a dog breeding standard describes every physical feature the parent club considers essential to the dog breed. This can include height, muzzle shape, expression, shoulder width, etc. It is on the basis of these guidelines of appearance that judges judge a dog’s look in a dog show as well. On the other hand, the temperament section in a breed standard describes the ideal breed behavior. Whether the dogs of the breed should be curious or shy or whether they be hyperactive or docile. In short, everything related to the behavioral aspects of a dog breed is covered in the breed standard.

These two things comprise the standard and are kept in mind during dog breed standard creation. Remember, these are general guidelines for the breeders rather than strict rules and as such these things are also subjective. Therefore, no two dogs of the same breed look and behave the same.

Dog breed standards are useful for higher selling prices, grooming guidelines and dog shows. Understanding the origins can be both useful and interesting to any dog owner or breeder.