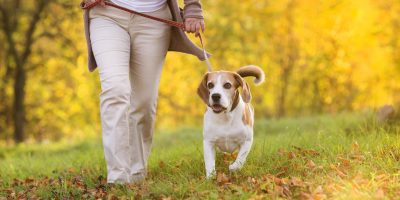 Enjoying the outdoors can sometimes come with a price. You wander through meadows or grassy areas then you stumble upon stinging nettles. Anyone who experienced the bothersome effects of this herb would attest to how nasty it can be.

Who else loves to bask in the sunshine outside? Our fur babies! You’ll see their sprints and zoomies as soon as they get their paws on the grass. So you wonder, can dogs get stung by nettles? Even if you see some stinging nettles, your dog seems unaffected by them. Are dogs immune to stinging nettles?

Can Dogs Be Stung By Stinging Nettles?

Stinging nettles can sting dogs, despite all the fur your dog may have. Their fur can indeed protect to some extent. But, it is not their shield from the stings of the nettles or other thorny plants. After all, it is just like our hair, stings can still get through. Dogs have body areas with little to no fur, like their bellies. So, they can still feel the same pain or itchiness from stinging nettles.

Why do nettles sting anyway? Stinging nettles have biologically active substances that cause dermatitis or urticaria upon contact. These itch-causing acids are released by the fine hairs of the nettles’ leaves and stems. The mechanism is comparable to an injection secreting the fluid, but they are so fine that it’s hard to see.

Stinging nettles are prevalent during spring. This herbaceous plant grows heart-shaped leaves with tapered ends. You’ll notice the stem and the underside of the leaves are covered with the dreaded tiny hairs. They grow from two to four feet high and appear in clusters.

Both humans and dogs are vulnerable to the effects of stinging nettles. Dogs with thin fur are more prone to getting stung than those with thick fur. But, exposed areas are still at risk of getting stung by the plant.

Yes, dog paws are the most likely body part to get stung by nettles. One reason is it is not covered with fur. And another reason is that area gets in contact with the plant when they step on it. Luckily, in adult dogs, most of their paws have developed callouses from walking. So, they will not feel the stings the same way as they will on their bellies.

But, if you have a puppy, it’s a different story. Puppies have softer toe beans and are more sensitive to scratches or stings. So, they will feel the sting more than adult dogs.

Signs of Nettle Sting in Dogs

Other more serious signs to look out for include:

Rare occasions of nettle stings on dogs may result in mild symptoms. But, repeated or prolonged exposures can lead to serious problems for dogs. A case of serious nettle poisoning in dogs caused neurological damage.

Can Your Dog Eat Stinging Nettles?

Dogs love to explore when they are outside. Sometimes they end up pulling plants out of curiosity or for fun. There are instances that they eat grass too and ingest some nettles in the process. Well, stinging nettles are edible. They contain vitamins and antioxidants, that’s why they are used in teas. The herbs contain anti-inflammatory properties and are used to treat many diseases. But, they are not to be consumed raw, especially by your dog. It is a sure way to get stung!

Ensure your dog’s play area is nettle-free to avoid ingesting nettles. When walking outside, put your dog on a leash. In this way, you are in control of the areas he will walk on. You can go off-leash if your dog is well-trained to stay within boundaries. If you are in an unfamiliar place with grassy areas, don’t let your dog run loose. You might be unaware of the presence of nettles.

How would you know if your dog ate nettles? You’ll start to see some of the signs mentioned earlier. The most common ones would be itching around the mouth area, vomiting, diarrhea, or mild stomach issues.

What To Do If Your Dog Got Stung By Stinging Nettles?

You get home after walking your dog. Unfortunately, you found out he got stung by nettles, what should you do?

The first thing you need to do is to wash out the sting from his skin. Bathe your dog with soap to remove the sting. A gentle lather with soap will soothe the symptoms. The alkaline properties of the soap also help counteract the acid released by the stinging nettles.

Another alkaline substance you can try is baking soda. Create a baking soda paste and apply it to the areas that got stung. Ensure to place a cone on your dog’s head so he won’t be licking the baking soda. Then, wash it thoroughly after a few minutes.

In most cases, the sting from the stinging nettles will go away in a day. Call your vet if you tried home remedies but they didn’t work. You can help your dog by applying itch-relief products or by giving a dog-friendly antihistamine approved by your vet. These will relieve the itching, swelling, or other effects of the stinging nettles on your dog.

Serious incidents of stinging nettles stings on dogs are rare. But, the effects of the sting from stinging nettles can be uncomfortable for your dog. It’s best to always inspect the play areas for both of you to avoid getting stung.

You and your dog can play outside without having to worry about nettles. Just follow the tips mentioned above to avoid getting stung. And if it happens, you’re now equipped with the knowledge on what to do. So, spend time and enjoy the lovely weather with your pooch!