Fertility in female dogs weakens due to a number of reasons ranging from aging to infections.

However, it is important to understand what infertility in dogs actually refers to:

Infertility can mean all the above, and more. Sometimes, it isn’t even the dog’s fault – just bad timing on the breeder’s part often results in a failed pregnancy!

Therefore, avoid labeling a female dog as infertile until and unless she has had a thorough checkup with a certified vet.

An experienced vet will perform a complete reproductive evaluation, ruling out all man-caused possibilities. Common factors like poor nutrition, stress, bad hygiene conditions can also interfere with female dog fertility, which is technically the breeder’s fault.

Once you know what the cause of infertility in your female dog is, you can try some of the treatments listed below. 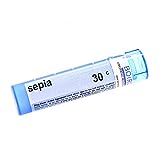 For infertility in female dogs caused by hormonal changes and disruptions related to stress and trauma, Sepia 30C is a great option. It is a versatile homeopathic drug that is used to treat psychological problems in humans and works in the same manner for dogs too.

Sepia is basically cuttlefish ink or squid ink. The liquid is said to be a miracle cure for a lot of disorders that stem from hormones and also helps increase female dog fertility.

Some even believe that administering Sepia 30C in dogs help solve mood swing issues for female as well. Sometimes, when the female dog refuses to mate with a male dog, it is due to hidden anxiety to do so. Sepia can help ease that as well.

As is with humans, so is with dogs. Most diseases and disorders stem from the wrong diet. So in order to ensure that your female is healthy enough to give birth, you must consult a vet and switch her on a feed that is best suited to her requirement.

Hormonal disturbances and organ disruptions can occur from giving dogs more than required quantities of carbs. These tend to come in the form of sugar, grains and carb-rich treats. Even kibble that isn’t grain-free or loaded with hidden carbohydrates can turn any dog unhealthy. To increase the fertility of your female dog, it is essential that you feed her wholesome meals.

Brood bitches who eat carb-loaded meals experience frequent sugar spikes, causing irregularities in their blood sugar. Resultantly, this confuses the system and their estrus gets messed up. When the sugar from the food ebbs away, the system releases cortisol to make up for the decrease in sugar levels. This sends the hormones into a frenzy. The menstrual cycle doesn’t know when to start or stop. Sometimes, a sugar spike may cause the estrus to begin while the female dog is pregnant, causing painful miscarriages or reabsorption of the fetuses.

To avoid a miscarriage and increase the bitch’s fertility, feeding fresh greens and homemade meals is the perfect remedy.

Pyometra is an infection that affects the uterus of the female dog. It is a serious condition that can cause potentially life-threatening issues later on.

All of these infections can be prevented, just with a little caution. Simply take your dog for regular checkups at the vet, preferably after the estrus, to see if everything’s running smoothly.

This is how pyometra happens commonly. A regular checkup of the female dog’s ovaries and other internal organs is a must to rule out similar infections. Pyometra or any other bacterial infection in the ovaries or the mammary glands can prevent a pregnancy from completing its full course.

4. Use Fertility Supplements for Female Dogs 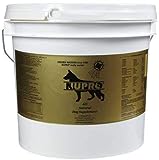 Female dogs, especially the ones who have given birth previously, require their share of multivitamins too! A prescribed and well-informed list of vitamins will ensure that your female dog has fertile estruses apart from keeping her in ship shape and her cycle running smoothly.

Before, during and after the pregnancy, a mother will need extra nutrition to feed her babies. A lack of vitamins in the nursing dog’s body will either lead to a miscarriage or a litter of anemic and weak babies. Increasing bitch fertility requires a balance of both – good nutrition and nutritional supplements.

Dog fertility supplements (e.g. Nupro) help increase the red blood cell count in the mother’s body. Usually, red blood cells increase by 25% during pregnancy, to be able to suffice for the babies as well. But when the mother herself is undernourished, the babies too do not have enough.

To increase your female dog’s fertility rate, you must pay attention to her nutritional needs before, during and after the pregnancy.

5. Test the Bitch for Brucella Canis

A recent study (February 2019) stated that “The genus Brucella is a primary cause of reproductive diseases”. Brucella Canis is a bacterial infection that causes infertility in male and female dogs. It is caused by the same family of bacteria that are responsible for food poisoning via unsanitary dairy and meat in dogs.

Painfully so, this bacteria is responsible for miscarriages of fully developed fetuses in female dogs. While in male dogs, it acts by destroying the sperm, rendering the dog unable to fertilize a female and have babies.

Brucella Canis doesn’t just stop at destroying the fertility of the male and female dogs, it also causes a spinal infection on both the genders, the canine equivalent of spondylitis.

If your female dog is going through an abortion, after having a completely healthy pregnancy, there is a high chance of her having become infected. Before and during her pregnancy, it is extremely important to keep on top of her health status. Get her checked by a vet frequently, for out-of-the-ordinary symptoms.

In the case of Brucella Canis, prevention is definitely better than cure. Not only is the treatment of this deadly disease emotionally usurping, but it is also very expensive and requires a lot of attention from the breeder.

A lot of times, the best and most fertile bitches also don’t get pregnant. This could be due to poor quality of sperm, rather than their own infertility issues.

The best and surest way of getting your female to have babies – is to mate her with a proven breeding dog. Find a dog that has previously sired a healthy litter and breed your female with him. That way, if your female is in perfect health, with a little care and nutrition, you’d have a brilliant litter too.

More often than not, a male dog with low motility is equally responsible for causing a failed pregnancy. In order to ensure that the litter is of superior quality, make sure you mate your dog with a dog that has had a track record of producing a quality litter. The pedigree of dogs matters.

Proven dogs are also a great idea for mating your female with if you are looking for a particular quality of coat or a definite ability in the litter. While you cannot custom-design a litter, you can try and make sure that it has the right characteristics – physical and skill-wise. 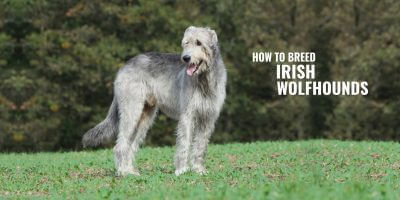 One comment on « 6 Tips to Increase Female Dog Fertility » 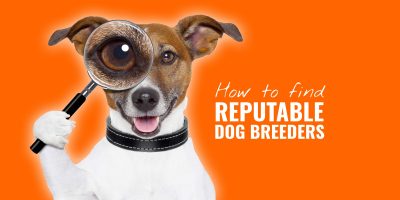