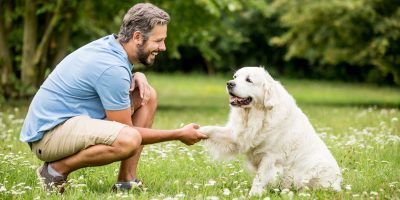 At least once in a lifetime, pet owners may think to themselves about whether or not are dogs considered property. This may influence some law regulations that consider pets as properties, much like typical objects that people own.

Some states have specific ordinances regarding pet ownership, and it is important to bear them in mind to ensure the maximum safety of your dog. Keep reading for a clearer idea of whether pets are considered property.

There are still debates on this topic due to numerous animal ownership laws in different countries.

One thing to consider is that animals are creatures capable of feeling pleasure, pain, sorrow, joy, and fear. Even though they cannot talk or justify their actions because they mainly act from their instincts, they can still express emotions. This alone separates them from other forms of properties such as houses, cars, expensive bags, and more.

With pets being considered properties, the owner is responsible for any damages they may incur. However, this also implies that the owner can do whatever they want to the dog, and some are not entirely humane regarding pet handling.

Some animals are bought or adopted for the wrong reasons, such as breeding and being killed for profit. While this may be a norm for farm animals raised for their meat and produce, it is not the same with dogs. Breeding is legal as long as you are not exploiting

Do animals have legal rights? Fortunately, existing laws today protect animals from all kinds of abuse and inhumane acts. For so long, their welfare has not been one of the main concerns of state governments.

In recent years, more laws have been approved in each state to ensure the overall safety of animals. However, there are still some disagreements with the fact that animals are property under the law.

For the owners wondering if animals have legal rights, the following are only some of the provisions that protect them from various abuse and violence.

Currently, 23 states in the US have law restrictions on dog tethering. The anti-tethering law varies for each state and small community, but its consistent feature is the duration a dog is allowed to be tethered.

In some states, tethering is allowed, but there are restrictions on the number of hours a dog can be chained. Other places also specify the type of tether they prohibit, like pinch collars, choke collars, and prong-type collars. The weight and the length of the tether may also be restricted, especially if it endangers the health and life of the dog.

The law requires all animal owners to provide a basic level of care. This includes water, food, shelter, and veterinary care, and whether the dog is considered property remains true.

One of the responsibilities of having a pet is to meet its basic needs. Although some industries and practices have exemptions to the legal requirements, this has become among the default laws on animal ownership.

The basic care law addresses that animals are sentient, different from non-feeling objects, and deserve basic well-being. It also suggests that dogs, like other owned animals, are more than just property. If that’s the case, then there wouldn’t be a law that focuses on protecting animals as a biological resource.

Regarding basic care, the law recognizes animals as different from other objects, properties, and resources that a person may own. They are conscious living creatures that deserve respect and protection from humans.

Connecticut enacted the first Courtroom Animal Advocate Program (CAAP) in 2016. It allowed legal advocates to address on behalf of animal victims of neglect and cruelty in court. This is also known as Desmond’s Law, named after a dog who is strangled to death. This law marks whether or not animals are property because they have legal advocates when they are subjected to violence or harm.

Volunteers may appear in court and assist the judge in conducting research and gathering data from reliable veterinarians, law enforcement officials, and animal control officers on behalf of the animal victim.

Some research suggests a link between cruelty to humans and animals. This is a critical factor for society, so law enforcement will take animal cruelty more seriously than ever. This will also be beneficial in preventing the risk of domestic violence.

Animals are part of the family, so they also need protection from people risking their well-being. All 50 states now have provisions for intentionally killing a cat or a dog.

Shortly after Hurricane Katrina hit the US in 2006, the PETS Act was passed as federal law. This allows states, cities, and countries to receive federal funding for relief plans in a disaster. These plans require an account for the needs of people with service animals and household pets before, during, and after a disaster.

In recent years, at least 30 states have adopted disaster relief plans for the account of pets and service animals’ needs. For other kinds of properties, such as cars, appliances, and other items, there is no federal law that sustains their needs in case of a natural disaster.

Hot cars are dangerous for humans, especially when summer temperatures continue to rise. This is the same case with dogs. Most pets are left in a parked vehicle whenever the owner has an errand to do where a dog is not allowed to enter. In only 10 minutes, a car can trap up to 89 degrees of the sun’s heat, which can be detrimental to the dog’s life.

Hot car laws criminalize leaving a pet inside a parked vehicle during extreme weather conditions. It also allows rescue in dangerous circumstances while giving the rescuer immunity from criminal liability in case of vehicle damage and such. This also applies to children and babies.

Almost all pets are considered family members of their owners, so they may be subjected to custody if people in a relationship decide to separate. In such a case, judges will honor the written custody agreement presented by the divorcing couple. This is in line with the pet custody laws stating animals as personal properties, unlike when a child is involved.

If the separating couple cannot develop a pet custody agreement, the judge will have to decide who the pet will go home with. There are many factors to making a decision, including the following:

A person convicted of animal cruelty may be prohibited from possessing an animal for a considerable time. This is statutorily authorized in many states.

No other type of property is mandated for this protection, and the primary intention of this law is to restrict the abuser’s access to pets and limit the potential victims. It even allows law enforcement intervention to protect any animals at risk in worst-case scenarios.

In 2021, a total of 17 states mandated post-conviction possession bans. Some of them have specific crime limitations, like animal sexual assault. Fortunately, this law continuously influences more states to strengthen existing possession bans to ensure animal safety.

Dog breeding has been widely discouraged recently, as most puppy mills do not adhere to ethical breeding procedures. In 2018, California and Maryland passed retail pet sale bans. This took effect in 2019 for California and 2020 in Maryland. This requires all pet stores only to sell dogs, cats, and rabbits from rescue groups and animal shelters.

In recent years, hundreds of cities have also restricted the sale of commercially bred dogs. Their main intention is to reduce the number of animals suffering and save their lives. It also decreases the demands from large-scale breeding facilities, which were previously the major suppliers of different kinds of animals in pet retail stores. This will allow the animals from animal shelters and rescue centers to have a higher chance of finding a safe home.

There is a retail band for buying all sorts of properties, like automatic weapons, counterfeit products, and illegal weapons. Still, it is mainly for public safety and not for the object’s sake. This sets animals apart because the primary concern of this provision is to ensure the safety of concerned animals from cruelty.

It may not be talked about as much as other criminal offenses against animals, but sexual assault happens more often than people think. This is a case of zoophilia or bestiality, and it can take place in homes or be done illicitly in an organized event.

Forty-five states in the US have laws that criminalize the sexual assault of an animal, but they are poorly equipped to attain a meaningful conviction. The remaining states without such regulations convict these kinds of assault on animals.

Victims of bestiality are also in danger of returning to their abusers when the state laws are underutilized on the issue of forfeiture. The law requires evidence that such actions occurred, which may take weeks to months before a criminal prosecution occurs. This raises a lot of costs and frustrations along the way.

Veterinarians can see clear signs of abuse on animals, so they should be empowered to report such cases to authorities. Animals cannot speak for themselves, but vets can help them communicate about animal cruelty and stop the behavior as soon as possible.

In 2018, 17 states in the US required veterinarians to report suspected cases of animal abuse. They are also granted civil immunity, which is essential because this will give them better ammunition to speak for the sake of the animals.

This differentiates animals from other properties because other objects do not require professionals and people to report some instances with the intention of protection.

Are animals property? Although it is still unclear whether or not dogs are considered property, it is essential to remember that, like humans, they deserve to live peacefully in this world. Respecting them is one thing, but we can always do something to protect them from violence and all sorts of abuse.