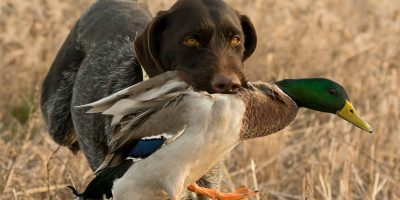 For years, dogs have been called “man’s best friend.” But will you still call dogs that name if you found out they had a wild ancestor? Before the domestication process, naturally, dogs are predators. Like any other animal, wild dogs like wolves hunt other small animals for food.

The process of wolf-dog domestication is bizarre. Moreover, modern-day dog owners are worried about whether their pets would still have wolf predation stages. So until now, we ask ourselves, “Are dogs considered predators?” Well, to answer that question, let’s read the article below.

A Brief History of Dogs

In the 21st century, we see dogs as cute and cuddly animals. Yet, about 40,000 years ago, they had entirely different traits. Dogs, the Canis lupus familiaris, descended from their wild ancestor, the Grey Wolf, Canis lupus.

Wolves are predator dogs because they hunt by finding their prey. That was before their domestication syndrome gave way to common dogs. A study about dog and wolf genomes shows dogs are much tamer. Moreover, they have shorter snouts and less fur compared to wolves.

Meanwhile, Bob Wayne, a researcher from California, conducted a study in 2013 about canine mitochondria. He and his team discovered that modern-day dogs existed first in Western Siberia or Europe, between 18,800 and 32,100 years ago. They started to learn more about the origin and evolution of domestic dogs.

Moreover, Shertz Animal Hospital expressed the uncanny similarities between the two species. They stated that dogs and wolves share 98.8% DNA. Also, they added that both species of canines share a life expectancy of 12-14 years.

Further, research in 2020 concluded that dogs became highly sociable because of human interaction. Also, due to that, wild dogs became less fearful of humans and became more playful and understanding of human actions.

According to the Thriving Canine, domesticated dogs have a predator instinct. Moreover, that instinct is the dog’s nature to hunt and kill for food. Yet, these dogs rely on humans, so their predatory nature becomes dormant.

Also, there are instances when dogs become neglected and thus become feral. A study from Nebraska in 2009 proved that feral dogs are livestock predators. Besides, these dogs also preyed on animals like rats, squirrels, rabbits, and chipmunks.

Meanwhile, according to High-Class K9, all dogs have instinctual drives. Well, these drives are what’s left of their wolf genome. Thus, it motivates them how to act. Further, the different drives can be explained below.

All dogs have the instincts to hunt or even guard something. Yet, the definition of instinct doesn’t always mean hunting, sometimes, it involves things dogs unknowingly do. For instance, dogs spin before they sleep. Well, that’s a dog checking its surroundings for probable danger before lying down.

Dogs, like wolves, also have the innate desire to catch and kill their prey. According to Tractive, dogs with high prey drives are suited for herding and hunting. Well, that includes Bull Terriers and Alaskan Malamutes. Whereas dog breeds such as Pomeranian and Maltese have low prey drives.

Even though domesticated, a dog is still a predator. Yet, even predators need socialization. Dogs have a desire to be in packs. Also, they want to interact with other dogs and humans. Moreover, dogs with high pack drives tend to follow their owners everywhere.

Can Dogs Be a Threat to Wildlife?

According to an article in BBC News in 2019, dogs are a predator of wildlife. Also, based on that article, over 200 species were threatened. Half of those are mammals, 22 are reptiles, 78 are birds, and 3 are amphibians.

Moreover, a study about deer conservation in Chile stated that domestic and free-roaming dogs are one of the causes of wildlife deaths. Further, it was stated that dogs killed 68.2% of Pudu, the smallest deer in the world.

A study in 2011 found that dogs disturb the ecosystem by hunting gazelles and Indian foxes. Hence, they also invade lynx territories. Also, they spread zoonotic diseases such as rabies and canine distemper virus.

Julie Young, from Utah, stated that the deer population in Idaho declined due to guard dogs. Also, in Colorado, wild bobcats are said to avoid places where humans bring their dogs.

Further, According to Live Science, a single dog is a predator. For instance, in New Zealand in 1980, a German shepherd could kill up to 500 kiwis. Also, in 2006, 12 dogs were the suspect in the decrease in the population of Fiji ground frogs.

What Animals Do Dogs Hunt?

Dogs have wolf genes, so they are also expert hunters and trackers. Breeds such as retrievers and spaniels are excellent hunters.

Also, dogs may start to lock animals as their targets when their natural prey drive kicks in. A single predator dog is somehow seen to target some of the small animals listed below.

Meanwhile, dogs that come in packs can take down large animals. Hence, some of their prey are as follows:

Can Dogs See Children as Prey?

Mallard Creek Animal Hospital stated that most dogs don’t show aggression when introduced to babies. Yet, sometimes dogs get curious. Hence, commands such as “sit” or “stop” can help. For instance, you say “sit” when you want the dog to behave. Or “stop” to get the dog to cease a harmful action.

Meanwhile, according to David Reinecker, a dog behavior expert, a high prey drive is rampant in hunting dog breeds. He added that dogs could have aggression towards small moving prey. Also, in rare cases, that aggression can be towards babies or children.

Science Media Centre also expressed that dogs are social animals and rarely attack. But, it is good to take safety precautions. They added that kids must not be left alone with dogs. Moreover, to improve a dog’s behavior around people, going on walks and exercises is a must.

So, are dogs considered predators? Most likely because of the product of wolf genetics. Dogs are interesting creatures. But, sometimes, they can show prey aggression to animals and, worse, to people. Yet, their behavior can be shaped by their owners or even professional trainers. Further, it’s always best to practice safety precautions around canines.