Interviewing breeders is something we do often here so I wanted to spice things up with an interview of an influential dog blogger.

Not just someone narrating each of their day on social medias. I wanted to interview somebody with opinions, perhaps disagreeing with my own convictions, somebody that would bring something to the table and ignite a conversation.

Tegan Whalan is that person. She does a lot of things, but all of extreme interest, especially for Breeding Business’ audience. She loves responsible dog breeding, she breeds and rescues Border Terriers in Australia, she also has her own active blog with amazing pieces on there, please check it out. And when you think the list is finished, it is not! She also works with families and individuals to help them acquire and train suitable pets, with dogconsultancy.com.au.

When and how did you fall in love with border terriers?

This story actually starts with my pet rats. I got my first rat when I was about eleven years old. He lived for a year before dying (typical for rats), and then I got a second rat who lived about eighteen months and also died. I was quite attached to my rats and I was very emotional about the passing of both rats.
This resulted in my dad saying, “I’m sick of this happening every two years” and suggesting I get a longer living pet… Enter border terrier.

My attraction to the breed was the low grooming needs (never has been my kind of thing), their athleticism, and their long lifespans. I wanted to get a dog that could partake in dog sports. It also appealed that they weren’t a barking nor timid breed.

What are your thoughts on dog breeding as it is today, and the more and more people getting involved into the ‘occasional’ litter or bully breeders doing it for the ‘fame’?

If I was to dissect this question a bit further and perhaps ponder what would be the biggest problems in dog breeding today, I would probably suggest that poor temperaments and poor health are the biggest issues, followed by the problem of high demand and low supply.

By poor temperaments, I mean dogs that are produced with an inclination to be fearful, reactive, or anxious. These traits make dogs hard to live with, and potentially dangerous, and we should be trying to produce dogs without their characteristics. To me, a big problem in the dog breeding world is individuals producing dogs with little interest in the resulting temperament.

In regard to poor health, I’m referring to quality and quantity of life. Quality means dogs that are free from ailments like joint disorders, immune problems, or reproductive issues. I see many breeders producing dogs with these issues, but with little interest once the puppy has left their care. Quantity of life is an easier aspect to assess: Some breeds are known for having short life spans and I simply do not think it’s okay for a breed’s average lifespan to be 9 years or less. Only breeding from healthy and long-living dogs should be a priority.

While temperament and health are related to the dog itself, another issue for dog breeders is the high demand for puppies. Really, this is a ‘good thing’ for breeders, because it means that they’re likely to not have puppies that are difficult to place in homes. The only downside is a surplus of enquiries that the breeder may be overwhelmed by, and the difficulty in selecting the ‘best homes’ from these enquiries. The bigger problem here is that the puppy buyers have a more difficult time finding a puppy, and make be inclined to source puppies from less-than-ethical sources, because having a puppy is more important to them than upholding their moral regard. Puppy buyers might also be inclined to pay large purchase prices or purchase puppies with breed characteristics unsuitable to them as a result of the low-supply. High demand for puppies alters the nature of the dog breeding industry.

When it comes to people breeding ‘occasionally’, or people breeding for ‘the fame’, my concerns mostly lay in the quality of the dogs they are producing. If both these breeders are producing healthy dogs with great temperaments, then I don’t really have much to complain about.

What would you recommend to anybody interested into dog breeding. Why should some people do it, and some others not?

A dog breeder is an important source of information for a puppy buyer. Anybody who is interested in dog breeding needs to be an expert in all things dog. Behaviour and training, nutrition, health issues, grooming, and so forth. If a dog breeder doesn’t know these things, how are they going to ensure that a puppy buyer is armed with the right information? Before purchase and after purchase?

As an extra layer on this, a dog breeder needs to be an expert on the breed as well. This means they can choose the owners correctly, understand what behavioural or medical issues might be expected in the breed, and be able to help both their own dogs and that of their puppy buyers.

A person should become a dog breeder if they have a good understanding of dogs (as above) and have a bitch with an outstanding temperament and fantastic health. By ‘outstanding temperament’, I mean you could fly that bitch to a stranger on the other side of the country, and the bitch should walk out of that crate alert and happy. By ‘fantastic health’, I don’t mean a bitch that has passed a fifteen minute health check by the vet – I mean a bitch that has been subject to breed-related health screening and who has no sign of allergies, anxiety, or other health issues. Only once you have yourself a remarkable bitch should you contemplate getting pups out of her – and you then need dedication to find yourself a just-as-remarkable dog.

Basically, the choice to breed dogs should be a carefully considered process.

A lot of animal rights activists would argue that all and any breeding, in these days of full shelters, is horrible and should cease. Any thoughts?

I have a blog post called Just stop breeding until the pounds are empty! which goes into this question in detail. Basically, pounds will keep killing animals because they don’t market effectively. Breeding has nothing to do with animal shelters impound rates.

You had an interesting post called Breeder Registration Is Bollocks, do you still think the same?

Yes, I still think the same! Just a note that this blog post is about government-run breeder registration schemes (not the registration of breeders to bodies like the ANKC) – which, like anything that the government runs, is bound to be rather useless, isn’t it?

Unfortunately, in my state (South Australia) it seems that breeder registration is going to come into legislation. It seems like a big waste of funds which will result in zero improvements to animal welfare.

You run a popular blog for quite a few years now, how did you get started with it?

I started my blog because I decided I was going to write a dog book, and apparently a blog is a good way to build an author platform. Five years later, I have no dog book, but a rather detailed blog. The blog distracted me from my goal!

To be honest, I still have some non-fiction blog ideas, but I have taken a big leap in the last 18 months into fiction writing – including writing a fictional dog book! I hope to pursue publication for this book over the coming months and hope I might get to use my blog to promote it when the time comes… It’s been five years coming, after all!

Do you think dog breeders should be more transparent about how they run their breeding activity? Social channels such as Periscope (live video) or even Instagram would help the public understand the life of the kennel.

I don’t have a strong opinion on how transparent a dog breeder should be. Some breeders are cautious of exposing disease to their property, so try to prevent visitors. Some breeders have had puppies stolen by visitors (when they make a second visit the next week). So it’s understandable that some breeders are apprehensive about people coming to their property. In this case, engagement with Periscope or Instagram, or other forms of image sharing, might be a great way to appear transparent.

For breeders who allow people to visit their property, well, that’s pretty transparent. They might wish to engage on social media for fun, but puppy buyers are going to reach an opinion based on their property not on happy-snaps online.

Transparency about the health and temperament of dogs in the kennel – yes, I would like to see more transparency here! Instragramming your dog’s hip-scores is probably not the most exciting viewing though.

Lastly, I know you had some reservations about Breeding Business but I just want to know (personally) what put you off at first and why you are now taking part in this interview?

I object to the idea that dog breeding should ever be a business. Business is synonymous with the intention to make a profit. When living animals are involved, we often see the pursuit of profit to be detrimental to the well being of animals. We have seen this in industries like egg production (battery hens) or, more dog related, the greyhound racing industry. These industries sees the deaths of thousands of animals annually as they are not profitable, and there is no tangible differences that would protect the breeding of companion animals reaching similar lows.

I changed my mind because you suggested that it was just an ‘unfortunate name’ (my words ;)) in your email and, on further inspection, I found your blog to have very little to do with breeding business, and so was more willing to contribute. Your blog isn’t so much about profit-based-breeding as it is simply about breeding. I am okay with this. 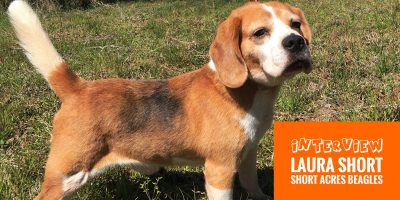 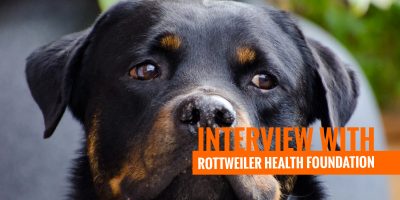 4 comments on « Questions With Tegan Whalan — An Influential Breeder… Blogger… » 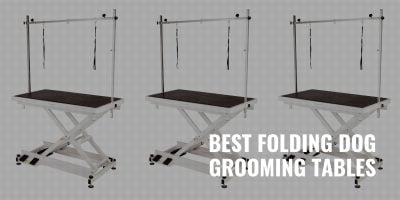 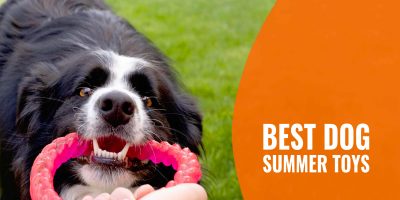 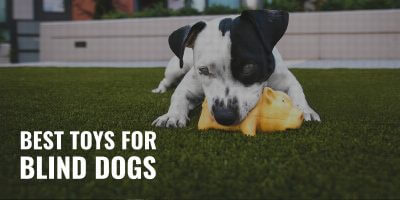