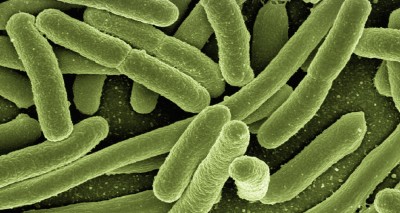 Imagine that you are taking your dog to the vet for his yearly vaccinations, and instead of bringing out the syringe full of five different altered or killed diseases the vet tells you something you have never expected, “Poochie was vaccinated last year, he is still protected.”

Over vaccinating dogs has become a hot topic among veterinary professionals, breeders, and pet owners. This happened for good reasons, too!

You can give your dog a yearly vaccination, but what does that really do for him? Does it truly protect him against deadly, preventable diseases or is it pumping dangers into his body for no reason? This argument has been made until vets and pet owners were blue in the face, but the scientific facts cannot change.

If your dog has been inoculated or immunized, then he is mostly protected against the disease you are protecting him from. If he is vaccinated over and over, year after year then you may be doing more harm than good to your canine companion. Vaccinations often contain aluminum, the very same chemical element that has been linked to Alzheimer’s in humans in real scientific studies. Thimerosal is also still used in veterinary vaccinations, despite studies showing deadly dangers to laboratory mice. Why are you allowing anyone, vet or otherwise, to put this poison into your dog?

According to the Alzheimer’s Society, the medical and scientific opinion is that studies have not convincingly demonstrated a causal relationship between aluminum and Alzheimer’s disease. Nevertheless, some studies, such as those on the PAQUID cohort, cite aluminum exposure as a risk factor for Alzheimer’s disease. Some brain plaques have been found to contain increased levels of the metal. Research in this area has been inconclusive; aluminum accumulation may be a consequence of the disease rather than a causal agent.

One study, while unfortunately unknown and performed by the vaccination company Vanguard, has shown that when puppies are vaccinated multiple times before they reach a year old has little to no effect of protection.

Pfizer completed a revealing study in 1996. P. DeBouck and his team assessed vaccinated puppies and split them into two separate groups.

When titers were measured, 100% of Group A‘s puppies vaccinated once at 12 weeks in seroconverted whereas only 94% of the puppies in Group B seroconverted despite receiving two vaccines as opposed to one. What these results tell us is that if the first vaccine is given too early it could, in some cases, impede the second vaccine. In other words, vaccinating your puppy twice not only increases the risk of adverse reactions to the vaccine but also seems to make the vaccination less effective overall.

Puppies get their immunity from disease through their mother’s milk, so when a puppy gets his first vaccine at 4 weeks of age his mother’s antigens, that are flowing through his body, kick the vaccine out of his immune system. It has no effect. This continues to happen again at 6 weeks of age and 8 weeks, too!

However, if the breeder or rescue that is caring for the puppies waits until they are 12 weeks old, once the mother’s antigens from her milk have passed through the puppy’s body, the vaccine can truly work at long term protection. Yep, that’s long term! Not only a few weeks, as many suggest yet another booster at 16 weeks! It is simply not needed.

A titer test (titer test for the Brits) is a laboratory test measuring the level of antibodies to disease in blood. Antibodies are produced when an antigen, such as a virus or bacteria, provokes a response from the immune system. This response can come from natural exposure or from vaccination. Please note that titering is also called serum vaccine antibody titering and serologic vaccine titering.

The presence of antibodies, even at low levels, means the immune memory response will kick in and within hours your dog’s body will have the infection under control. There will be an infection, but it won’t cause disease. There’s a big difference between infection and disease. And in fact, reinfection without disease isn’t a bad thing at all because it leads to natural stimulation of the immune response.

A titer test, which can be done at almost any veterinary clinic when asked for one, can prove the number of antigens for any disease is still in an acceptable number count. Science concludes that one vaccine at 12 weeks of age can protect the dog for several years! That’s a long time for a dog, almost a lifetime! Cancel that yearly booster shot, and ask for a titer test instead. It will tell you if your pooch really does need yet another vaccination.